Can Stress Make You Sick?

Prolonged periods of stress can cause a number of physical symptoms and illnesses. Symptoms can come on as soon as your level of stress increases and worsen as stress continues. This fact has been studied by numerous scientists and most would agree that while stress has its merits, it can also do harm to our health in the long run.

Can Stress Make You Sick

Common symptoms caused by stress include:

Stress Can be Harmful Under Certain Circumstances

But stress has its dark side, too. It can become chronic – constantly recurring or persistent for a prolonged period – whether it’s due to the overall lifestyle or a specific situation.  Study shows that prolonged exposure to stress can become harmful to your physical and mental health although you may not notice it at first.

This is because the fight-or-flight response or stress response is only designed for short-term bursts (i.e., to address short-term threats). In a way, our stress response isn’t suitable for the modern day’s enduring stressors, many of which come from our daily activities from dealing with family issues to navigating the horrendous traffic and struggling with horrible bosses.

But that’s not all! Many, if not most, of us, are exposed to stress at an early age and/or at high levels on a near-daily basis. While it may seem normal to many of us, it isn’t because our bodies aren’t designed for prolonged stress.

Emphasis must also be made that we’re not just talking about physical stress – we’re also talking about psychological stress caused by a wide range of factors in our daily lives, from the people we deal with to the places and situations we find ourselves in.  In both physical and psychological stress, however, our bodies experience similar responses but there’s a difference – the response may not actually resolve the root cause of the stress. 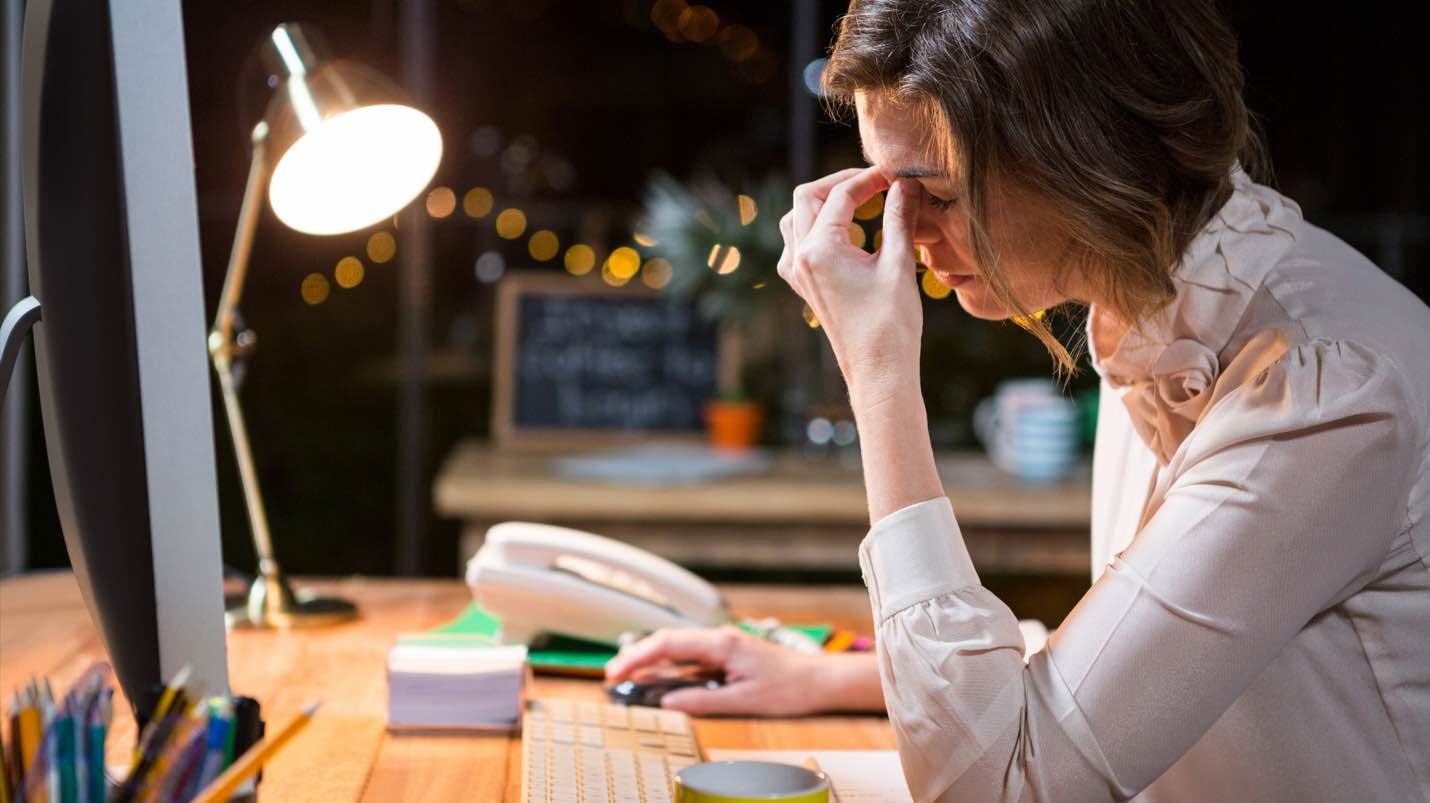 When you feel undervalued and/or overworked in your workplace, for example, your brain perceives it as a threat so it activates the stress response even when there isn’t an actual physical threat. Your heart rate and blood circulation increases and you’re getting ready to either fight or flight – well, at least, that’s what your body wants to do – but you’re not actually facing a physical threat. These stress responses won’t resolve the situation – you’re still feeling undervalued and/or overworked – but your body has been subjected to the stress response.

The cycle of highs and lows has negative effects on your body. The stress chemicals, cortisol, and adrenalin bind to the organs’ target receptors that, in turn, adversely affect their form and function.

High-stress levels are particularly harmful when these happen at a young age, more so because the body’s brain, nervous system, and immune system (i.e., among the body’s stress regulators) are still in their developmental stage. When young individuals are exposed to prolonged stress, their normal development will be affected.

This is particularly true for babies in the womb. When a mother is stressed for any reason, her stress can be transmitted, so to speak, to her unborn baby who will likely suffer from the adverse effects on his or her still-developing organs.  These effects can even include a permanent change to the baby’s stress response system in particular and his or her health in general.

The early life stress can also result in the immune system’s increased activity, or an increased risk of inflammation, or in the body’s mistaken perception that immune suppression is normal.  The constant stress response isn’t good for the baby, period.

But immune suppression and inflammation, immune system response to foreign body invasion, are unpredictable. These can also be manifested in many parts of the body and in many forms with different consequences. Stress-borne inflammation, for example, can result in constricted blood vessels causing an increase in blood pressure – and we know that hypertension increases the risk of heart attack and coronary artery disease.

Immune suppression has its own set of issues, too. Not only does it decreases the body’s ability for wound healing but it makes the body more susceptible to the invasion of germs, bacteria, and other pathogens.

But it doesn’t stop there. Both inflammation and immune suppression also have adverse effects on mental health, particularly when the immune system traffics its cells into the brain resulting in neuro-inflammation, a condition that increases the risk for anxiety and depression.

Even our gastrointestinal tract will be affected by chronic stress. While it is powerful with its sheer size – it can cover an entire tennis court when it’s unfolded – and its huge collection of immune cells (i.e., the largest collection, in fact), it is also susceptible to external and internal stimuli.

The symptoms of chronic stress include constipation, diarrhea, and abdominal pain, which can result in inflammatory bowel disease or irritable bowel syndrome, among others.

What then can you do to successfully deal with chronic stress so that it doesn’t affect your physical and mental health? For starters, you should identify your stressors and reduce their impact in your life, if not completely remove them from your life. You may, for example, think about transitioning to a new career, one that you actually enjoy instead of dread going to work every day.

Next, you should adopt a healthy diet and good habits. You can manage stress by starting healthy lifestyle habits, such as getting 6-8 hours of sleep, practicing meditation, and taking small breaks. 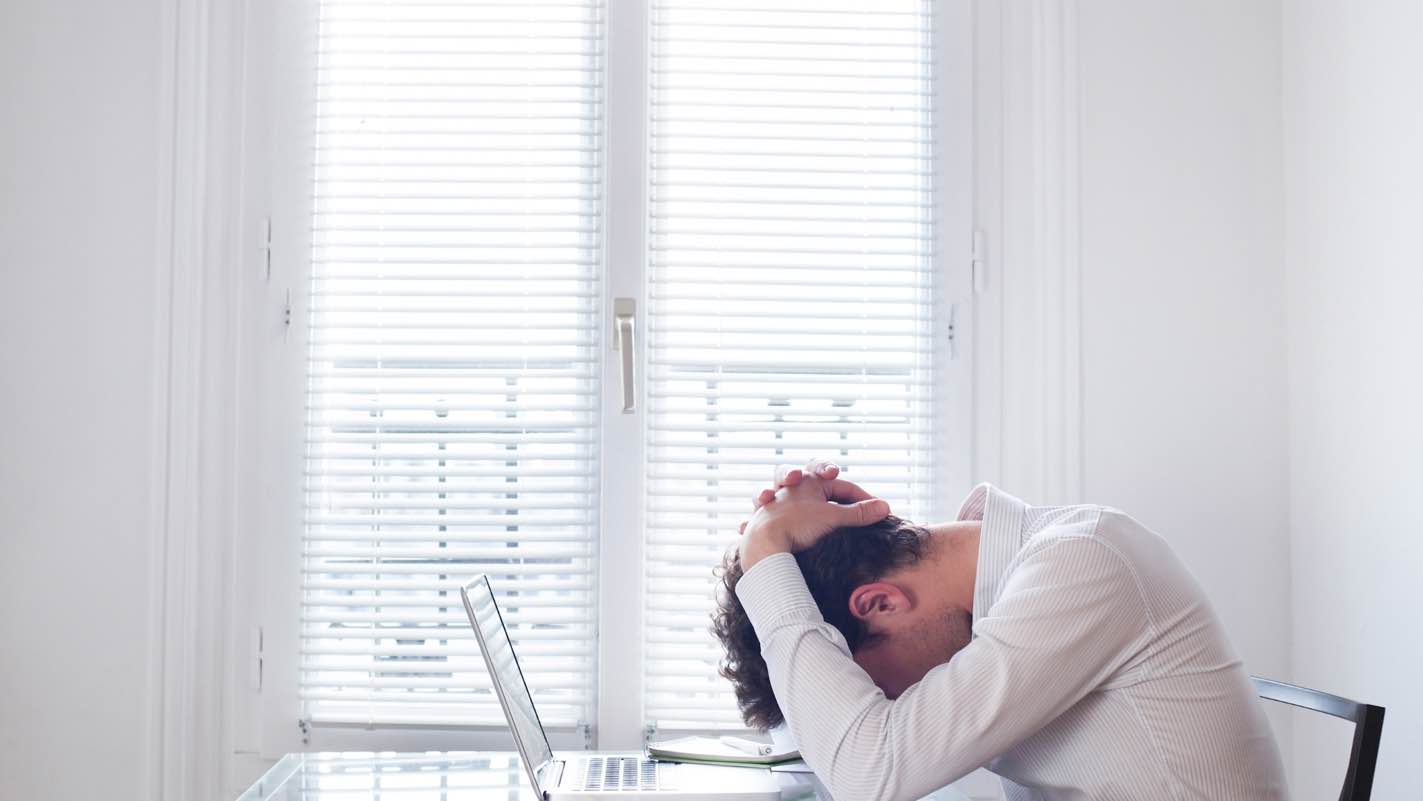 Stress Can Actually Save Your Life

Stress isn’t all bad – rather, it’s the type of stress and amount of time you are stressed that can wreak havoc on your mind and body. Stress is an essential part of our survival, the fight-or-flight response that keeps us safe in times of danger. When you think that you’re under threat, your brain activates its hypothalamus and triggers the fight-or-flight response, a primitive evolutionary response that aids in your survival. When the threat has passed, your brain then returns to its normal function, a return to stability, if you will.

The fight-or-flight response is related to the hypothalamic-pituitary-adrenal (HPA) axis. In it, your hypothalamus produces and transmit corticotrophin-releasing factor that, in turn, signals the pituitary gland to release the adrenocorticotrophic hormone. The adrenal gland then releases cortisol and adrenalin, which are stress hormones essential in activating the fight-or-flight response.

These stress hormones increase your response time when you need to fight and pump more blood to your limbs when you need to flee. Indeed, the stress chain reaction is a must in successfully dealing with threats in your life, whether it’s fleeing from a violent situation or defending yourself from an attacker.

Who says you need to get a gym membership to get in shape? The best thing about workout apps is that you can use them anytime, anywhere. And, with the pandemic, many gyms remain closed - these home workout apps...

The SARS-CoV-2 RapidPlex is a promising piece of technology that might just be what we need to bring the pandemic to heel. Being a new strain of the virus, COVID-19 is posing major challenges to health experts worldwide. Curbing its...

DrinkLyte has come up with the perfect one-two punch for those of you that have had a little too much booze.  This one-two punch is two functional beverages aimed at helping consumers rehydrate after alcohol consumption.  They've recently launched their "Party-at-Home" subscription...

Exercise should unequivocally be an essential part of our daily life. It has long been proven that daily exercise not only keeps our body healthy but also lessens the occurrence of burnouts. However, not all can avail of gym memberships...

Advanced tech in clothing is not a novel concept nowadays. From spacesuits to day to day workwear, a lot of garments are already specialized to address various needs and requirements of different wearers. Most of them are designed to provide...

Want Super Soft Toilet Paper for Your Bum? WhoGivesACrap Got You Covered

George Costanza may have thought that nothing else can be done to improve toilet paper but the startup Who Gives A Crap begs to disagree. Many of us may have initially agreed with George but after getting to know what...

Finding the right therapist is a very tricky task that can be a huge hurdle for those who are already struggling. Frame Therapy aims to get you through that phase without a hitch. Many people fail to get what they...

15 Tips for Creating a Healthy Work From Home Routine

If you Googled the term self-care nowadays, you would be flooded with a wide range of results that some may seem like they are not related to self-care. During these pandemic times, it’s important to acknowledge that there is a...

A new mental health app is now available just as the country struggles with a myriad of mental health issues while in quarantine. Founders Drew Katnik and Ray Truong are launching Carity, an app for people living with the challenges...

The COVID-19 pandemic has affected the way we live our lives, as well as our social interactions and workout regimens. In the case of workout programs, ease of access has been and continues to be the primary issue. With gyms...

6 Steps to Finding Investors for First Time Entrepreneur in 2021