by LA STARTUPS
in eSports
Reading Time: 6min read
A A

December 21st marked the beginning of “The Age of Aquarius”  which officially started on the day of the Winter Solstice. Astrology tells us that the meeting of Jupiter and Saturn in the night sky represents major social, political, and cultural changes called the Great Conjunction. This heralds new beginnings as well as the crumbling of walls and borders that have been established for generations. Isn’t it appropriate to call this new age a great opportunity for startup companies that are connected to education, technology, media, and coding?

Traditional education has been upended by the COVID-19 pandemic in such drastic ways that we will probably never be able to go back to the systems made for teaching reading, writing, and arithmetic again. Most people, especially educators and parents, would probably agree that this is a good thing. But what is being done to make sure that students are being prepared for our global 21st-century economy? For instance, who is tasked within our society to contemplate what the Tomorrowland of classrooms looks like and help make sure that we all get there regardless of gender, race, culture, or socio-economics?

A Common Sense Media Report from October 2019 showed children aged 8-12 spent five hours a day on screens while students 13-18 spent 7.5 hours per day. Now that we have many students quarantined inside without as much opportunity for socialization and outdoor activities, there is a movement to rethink screen time and students’ academic relationships and learning in connection with digital devices. Where one group sees a threat, another sees an opportunity. Movies such as “The Social Dilemma” rightfully highlight the dangers of social media and the psychological impact that it has on the human mind – those that are developed and still developing. But what about video games and the new world of ESports– especially programs that incorporate eLearning as well as leadership and team development?

In many ways, Walt Disney was incredibly accurate in how he envisioned ideal neighborhoods and communities functioning in 21st century America based on the original map for Disneyland which consisted of four sections: Tomorrowland, Frontierland, Adventureland, and Fantasyland. Disney originally hoped that every state in the Union, and every major city, would have its own form of Disneyland from California to Florida to inspire learning, entertainment, and growth for children across the USA. 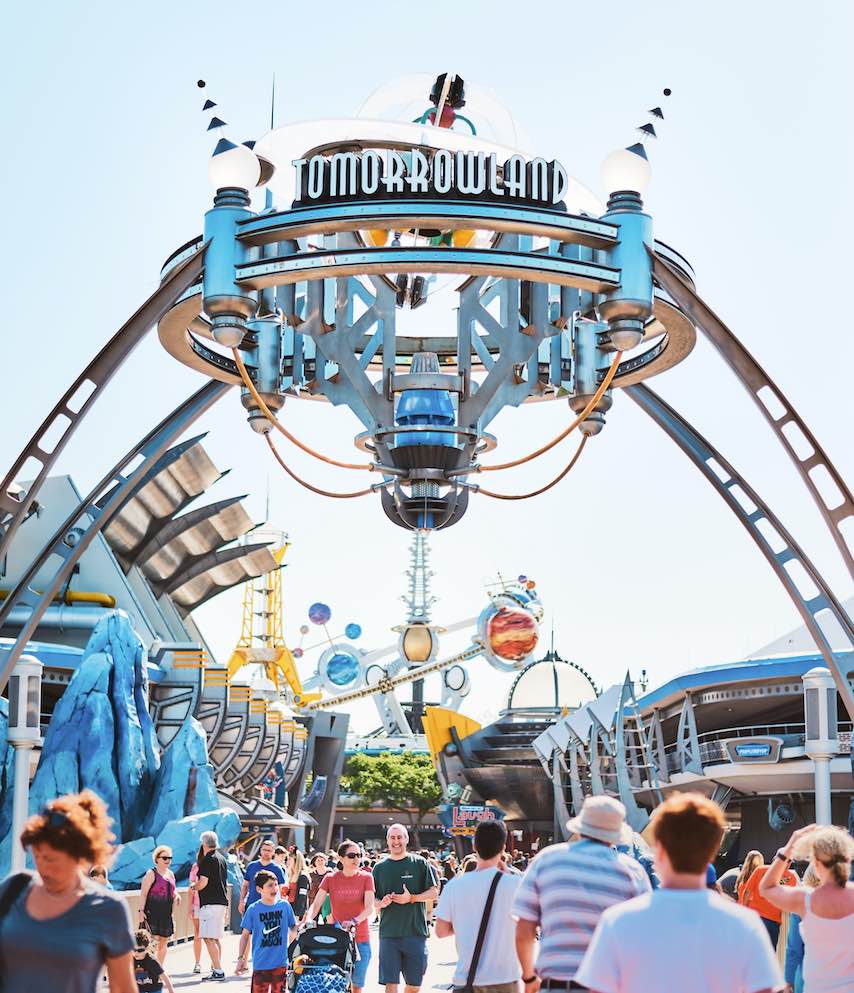 One sector where all four of Disney’s lands intersected can be identified as Computer Science and Computer Programming. Tomorrowland? Futuristic programs full of science, engineering, mathematics, and coding – check! Frontierland – pioneering new industries without heavy regulation – check! Adventureland – a sense of risk-taking and entrepreneurship – check! Fantasyland – where any sufficiently advanced technology is indistinguishable from magic – check!

One startup company that satisfies all of these requirements is ESports Academics which is making moves on several public school districts in  California and Texas to pilot their first new media literacies training curriculums using Spider-Man 2: Miles Morales as the basis for a fully immersive eCurriculum for middle school and high school students. Future projects will include ESports leadership and teamwork training for students using Rocket League & League of Legends as well as other major ESports titles.  Their recent partnership with ESPAT (Esports, Pixels, and Technology) will allow them to facilitate relationships between students and schools and professional ESports players and industry insiders for the purpose of supporting career technical education programs across the United States, the UK, and Canada. Co-Founder George Cork is a professional ESports player with a background in computer programming who openly champions entrepreneurship as a way to learn life’s hardest lessons right up front and emphasizes the need to prepare direct paths to employment for students still in school. Anyone who has been in the startup world would most certainly agree that this is the best way to go.

Honestly, there is a serious need for helping guide and counsel newbie teachers and administrators about how to best engage and interface with video games for career technical education development plans or STEM curriculum. The shakeup that post-covid learning is going to experience has only just begun. Imagine what happens when physical textbooks are no longer seen as necessary for every classroom or when global-based standards for competing in worldwide markets for employment are more clearly factored into what exactly we are preparing students for post-high school and college.

Other startup companies that are bringing solutions to the big eLearning problems of today are few and far between because of the rate by which small companies get immediately swept up into the larger corporate landscape dominated by players like Pearson, Dell, IBM, and Cisco. Newer players in the space include John Katzman’s 2U which, before it acquired Trilogy Acquisition in 2019 was a smart startup that championed new-form learning through USC’s Rossier School, as well as New York-based General Assembly which providing computer programming boot camps and was acquired by the world’s largest recruiting and hiring firm, Swiss-based The Adecco Group for over $400 million in 2018. One of its most successful locations is on 2nd Street in Santa Monica.

The clear winning strategy for education technology companies requires a merging and blending with career preparation, hiring, and recruiting which means that the future of learning is going to be less about gaming tests and getting good grades and more about proving a student’s value to the labor economy early on in one’s educational career. Students need tangible evidence of their value to employers through work-for-credit programs as well as internships and multiple years of computer programming competency that will allow them to secure employment before they even graduate college. 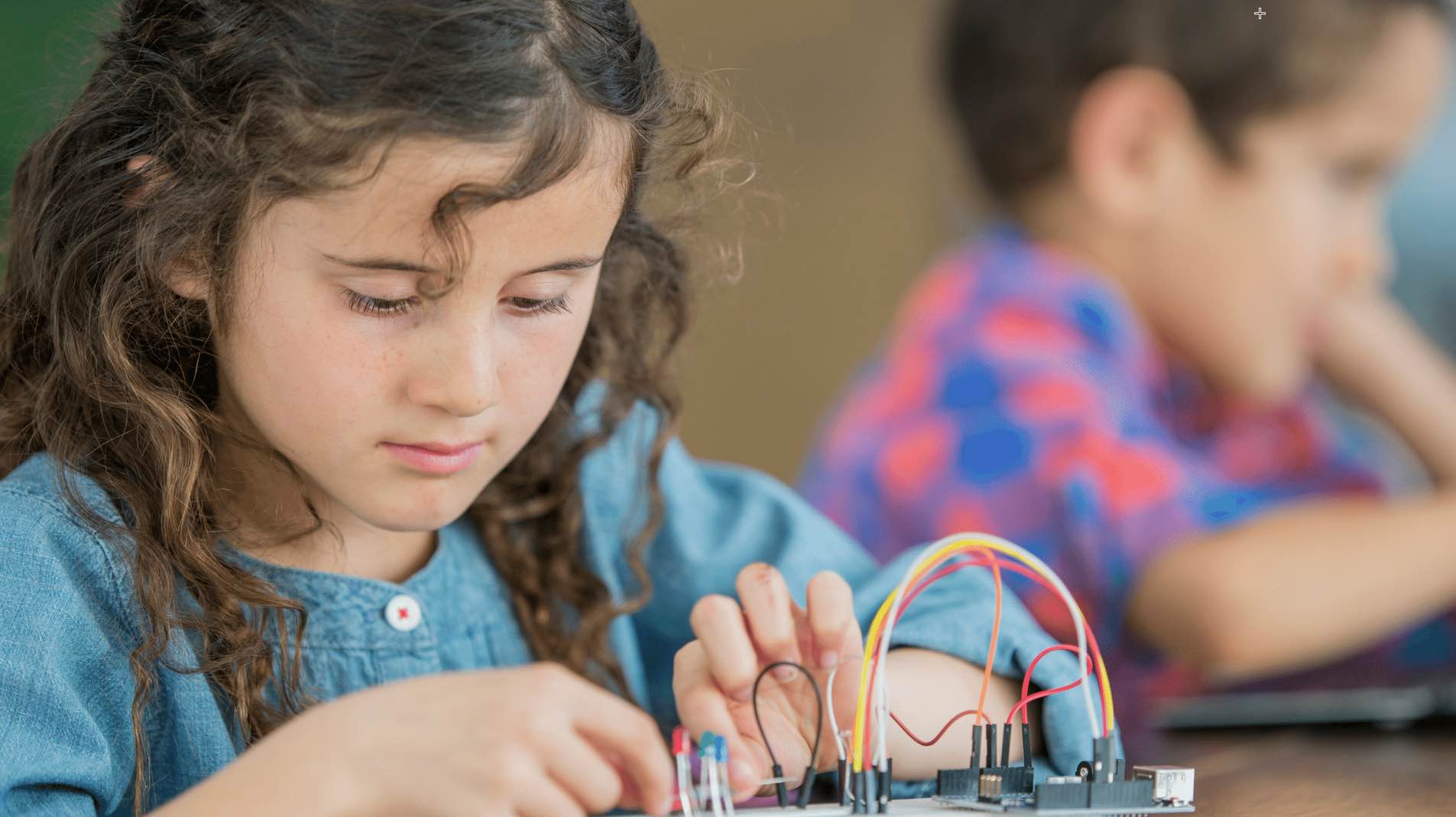 Attention should be given to the companies that are molding the classrooms of the future and special interest should be directed at the companies that are building bridges and constructing pathways that will allow traditional institutions of learning (especially at the K-12 level) to survive and thrive in a whole new landscape of learning that is more focused on professional and technical skills than checking off the boxes of a traditional liberal arts education. Is there room for both and are both necessary for education? Absolutely. But after a century of focusing on one way of learning, we may have just stepped into a whole new age that will require critical thinking, collaboration, communication, and creativity with a whole new level of information, technology, and media literacy. The application of these skills will not be learning as an end in itself but as a means to gainful, purposeful, and enjoyable employment that will be more securely attained and assured in the minds of students starting early on in their lives with a smaller margin of error for career planning along with plenty of self-discovery throughout the process.

The Age of Aquarius is upon us – and it is going to require a whole new set of skills and abilities for future thinkers, workers, and, especially, future computer scientists and engineers. Let’s embrace this new era and set our students up for confident growth and success rather than conforming to tradition – and let’s support and invest in companies and curriculum products that are opening the doors for young people to think differently and gain a whole new level of professional and vocational wisdom that has for too long been overlooked by our elementary, middle schools and high schools.

2020 has been a wild and wonky year – no doubt about it. We’ve had the entertainment sector – mostly movie theater chains – turned completely upsidedown. In a few days, Warner Bros. will be directly releasing Wonder Woman 1984...

eSports is quickly taking the world by storm – very few people would argue with this definitive statement. However, more importantly, is that as this whirlwind moves from continent to continent, there are a lot of complexities, structures, regulations, and...

While the world of traditional sports is tripping over themselves during the pandemic, eSports viewers and properties are skyrocketing into never before seen heights of profit and success. Epic Game’s “Fortnite” as well as the new kid on the block,...

Lags, high pings, and bandwidth issues are just some of the most annoying things online gamers have to deal with on the regular. These can easily ruin a game and keep players from enjoying their games to the fullest. But...

Blizzard’s recent decision of canceling Overwatch League games in Asia is due to the growing coronavirus outbreak concerns. The company already canceled some matches in South Korea between February 29 and March 22. The company said that it’s to preserve...

How to Develop a Business Growth Strategy 2021

How Your Startup Can Attract Top Talent in 2021