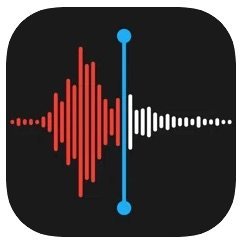 iPhone’s Voice Memos app is a user-friendly tool that allows anyone to document whatever they are saying or hearing as of the moment, using just their phone’s built-in microphone. Although, some might prefer adding an external stereo microphone for a higher quality stereo recording.

The Voice Memos app was one of the new features that appeared when Apple released the iPhone OS 3 update in 2009, just a couple of years following the first introduction of the iPhone in 2007.

Every update to iPhone’s existing operating system is geared towards adding improvements and functionalities of the applications of the current iPhones, iPads, and iTouch and the Voice Memos app whose first version already allowed users to cut the beginnings or endings of their recording thru its trimming feature, also has a good deal of developments in the following years to come, yet it remained simple and not overly complicated compared to other device recording apps. 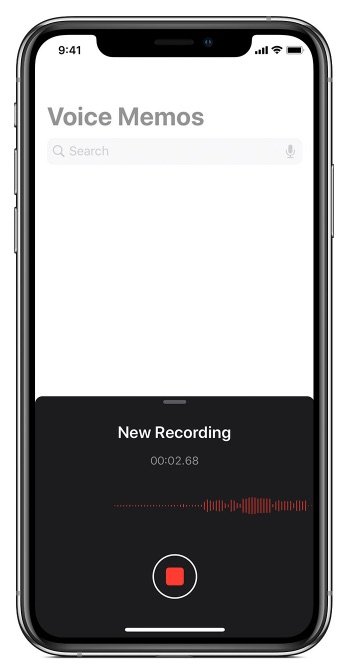 The Voice Memos app can be found on iPhone’s Extras folder or it can be launched from the home screen.

The recording is done as easily as just pressing the noticeable red circle (a universal symbol or indicator of a recording function of every sound-producing equipment, appliance, or gadget, since the analog days) to start capturing audio.

It will appear right away on the upper left part of the screen under the voice memo file name “New Recording 1”, with the date below it and the time duration or the length of the audio on the opposite right side.

Tapping the voice memo file name allows the user to rename the file.

If the user needed to add to that recording, tapping anywhere from the raw, from the voice memo file name to the audio length duration will select the file and it is going to show three blue dots from the left side and the trash icon on the right.

This will allow the user to add to the recording using the “Edit Recording” feature’s “Resume” button.

It is important to swipe the blue playhead (which can be swiped from left to right) to the far right end of the waveform to show the “Resume” button to avoid re-recording over the audio instead of just recommencing the recording.

If the user wishes to replace part of the audio, the blue playhead must be swiped to the position of the beginning of the part that needs to be replaced or re-recorded over before pressing “Replace” and then tapping the pause icon (the two parallel vertical lines icon that appears when audio is paused, versus the triangle pointing to the right which indicates “play”) after the re-recording has finished. It will then be saved after tapping “Done”

If the user wishes to trim the recording, tapping the blue crop icon on the upper right part of the screen (which can also be seen along with the blue playhead) will show yellow arrows which can be dragged from left to right to select the parts that needed to be trimmed.

Dragging the yellow arrow on the left will show the user where he wants the recording to begin and dragging the arrow on the right will let the user pick where the audio will end before tapping “Trim”, “Save” and “Done”.

Users will also be able to share their recordings easily when they tap the three blue dots. This will show the “Share” button below the “Edit Recording” and “Duplicate” selection.

Want to share your voice memo with a friend or save it to a second location? Tap a memo in the list, tap

Choose a way to share, such as Messages or a social media app. Or save your memo to another location with an option like iCloud Drive or Mail.

How to Record Talk Audio from Clubhouse, Quilt, etc.

For those of you who are interested in recording your talks on Clubhouse, Quilt, or wherever you talk; this might be the quickest go-to solution. However, you MUST announce to the audience that you are recording the talk – this goes to any drop-in audio chat apps. Review the apps’ Privacy Policy before you start recording. Here’s Clubhouse app’s Privacy Policy.

Again, the Voice Memos app is a very simple but undeniably useful feature.