Triller vs. TikTok – What Are The Similarities & Differences

In September 2016, Tiktok became available on Android and iOS. The company behind the app had a net worth of $50 billion. The name of this company was Bytedance and it has its headquarters in Beijing. Zhang Yiming founded the company in 2012.

Tiktok actually has a Chinese-centric platform named Douyin. Douyin has an older user base and has features not present in Tiktok. The app allows users and entrepreneurs to promote their videos to specific audiences. There’s also an in-app store where fans show support for a Douyin “channel.”

TikTok allows users freedom of creativity with a range of special effects. The video clip-sharing platform has filters of varying styles. Many of the filters are for female users. It also possesses video clip editing tools.

The ban on the two social media apps gave way to Triller. Triller saw its release in 2015 as a video editing app but gained user traction after the ban on WeChat and Tiktok. 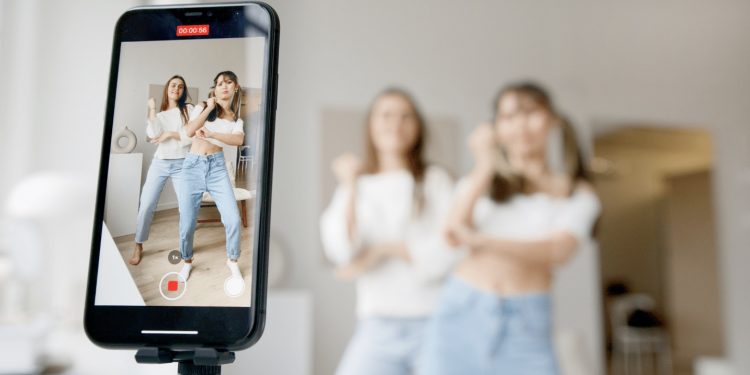 Triller gained more users in November 2020.  The app promoted a boxing match between Mike Tyson and Roy Jones Jr. Triller. A month prior to this event, Triller was already valued at $1.25 billion.

Triller’s funding comes from angel investors and artists. Snoop Dogg, Lil Wayne, and DJ Marshmello were some of these investors. Triller has been gaining users and attracting big names from Tiktok. This is partly due to privacy concerns on Tiktok.

Triller excels at supporting music artists like how Apple does with its iTunes app. Triller uses full tracks for video clips. In August 2020, the company made a deal with 7digital. 7digital is a music company that has a catalog of over 80 million songs. They also report usage data to several music companies. Sony Music, UMG, and Warner Music Group receive the datasets. Universal Music Group pulled out from Triller in February due to unpaid royalties.

Tiktok doesn’t use full tracks like Triller but they have 15 and 30-second clips of songs. The company pays music artists royalties, although significantly less than what Triller would. Tiktok releases payments after a quarterly review.

With 15-second music clips, Tiktokers can lip-sync, dance, or record themselves doing anything. Due to the short duration of the videos, any clip can go viral. Users on Tiktok can “duet” to a clip. The duet feature allows users to simultaneously record themselves while playing a video.

This is the equivalent of a delayed Facetime. The duet feature also makes it easy for people to give reaction videos.

Triller’s video editing capabilities are a lot more intuitive than Tiktok. The experience is similar to using an iPhone. The button makes it easy to access the control center. If the iPhone has a dedicated floating button, Triller users can expect the same ease of use. Tiktok allows users the freedom of creativity with the multitude of features available.

For Triller, music selection takes precedence over the video. The app uses the video as an overlay to a soundtrack. The clips are automatically cut and joined together to match the track.

Tiktok, on the other hand, allows users to put music either before or after a clip.

Both clip-sharing media platforms have evolved since their inception. Both apps possess the capabilities for a good video clip. Tiktok wins in terms of functionality.

Users get content and show based on their activities and interests. Sponsored content still exists on the platform. Content-driven by user interest and intent exceeds earning potential from sponsored content.

Triller also ways to pay its creators for the content they make. The app has a donate button for verified users. Their idea of monetization goes beyond brand sponsorship. Triller has features that allow users to profit from their own crafts.

Triller has a feature that allows one to design and manufacture their merchandise. Triller partnered with Bamko to make the in-app shop possible. Bamko has several clients including Hulu, Adidas, Coca-cola, Sephora, AT&T, and DirecTV.

The Instagram influencer also happens to be on Tiktok. Other famous Tiktok users have started using Triller. Tik Tok user Charli D’Amelio is also on Triller. She also is currently holding the record for the most number of followers on the app. Other names include Dixie D’Amelio, Josh Richards, and Noah Beck.

Music artists who have joined the platform also include Cardi B, Eminem, and Chance the Rapper. The artists receive higher royalties on Triller than on Tiktok. The app helps verified users and music artists earn much more from their fans.