In the continued avalanche of exciting eSports news,  Nerd Street Gamers has raised $12 million in funding from Philadelphia discount retailer Five Below (and others) to build esports Localhost facilities that house leagues, training camps, tournaments, and showcases. The company is planning to build out a 26,000 square-foot eSports venue in Los Angeles by the Summer of 2020 – making it the largest such venue in the state. John Fazio, the CEO of Nerd Street, explained his reasoning in an interview with the Philadelphia Business Journal, “Los Angeles is the cultural capital of the gaming industry. This facility sets a new standard for public eSports facilities and matches the scale of the passion and the community.” It’s the name?

LocalHost Los Angeles and this venture is only the beginning of the franchising of the future of eGaming. Last week, Nerd Street announced its partnership with Kansas-City based Populous, an architecture firm that will help Nerd Street build hundreds of eSports facilities at a similar size and scale all across the country; hosting multiplayer eSports tournament for pro players on games like Fortnite, Call of Duty, League of Legends, StarCraft, Overwatch, Counter-Strike: Global Offensive (CS:GO), Dota 2, and many others. Populous’ clients include Oriole Park in Baltimore, the Prudential Center in Newark, New Jersey. They are also building the $50 million Fusion Arena in South Philadelphia set to open in 2021.

The philosophy behind the “Localhost” venues is that they are designed to support more diverse professional gaming communities when it comes to infrastructure and economics. A venue where eSports professional teams or best players hang out and practice before pro gaming day. For instance, the original business idea behind GameStop was to make it easy for kids and parents anywhere in the country to purchase games and play them at home – that was back in 1984. Soon enough, game systems started offering the choice for players to directly purchase and download content through the internet.

Now, with over 30 GameStop stores exist in Los Angeles County – one even sits right in Hawthorne where the proposed “Localhost” facility will be built. What do you think is better for the eSports players? A GameStop retail store or an eSports facility? These professional players on some eSports teams often “grind” for more than 50 hours a week, many living in the same house. For pro gamers, 12-hours days, six times a week are not uncommon. What’s going to appeal more to eSports gamers?

But this whole narrative begs another question – what happened to the world of video game arcades? For anyone familiar with the Konami Bemani franchise and its international hits including Dance Dance Revolution, Beatmania, and Guitar Freaks and Drum Mania, there was a time in the early 2000’s when Los Angeles was actually one of the hubs of arcade gaming in all of the United States. Music game players, fighting gamers that competed in eSports tournaments for Street Fighter Alpha and Marvel vs Capcom 2 – to name a few – mixed with anime fandom and cosplay culture to create some of the most incredible petri-dishes of culture in places such as Rowland Heights, Koreatown, Van Nuys, Long Beach, Granada Hills, Torrance, Hollywood, Burbank and more. Not surprisingly, GameStop retail stores still fill all of those communities today where packed arcades stood through the 90’s and early 2000’s.

The circle of life is near complete – or as the law of periodic repetition states, “Everything which has happened once must happen again and again – and not capriciously, but at regular periods, and each thing in its own period…” So here is the future of community-based arcade game playing: eSports facilities. Arcades mostly subsisted within bowling alleys, mini-golf locations, and laser tag locations close to movie theaters. But finalization is occurring – no longer will the arcades be the side-attraction. Instead, arcades in the form of eSports facilities will be the focus and feature with the unifying principle of meeting the needs of its customers specific to their level of gaming and purchasing power which will naturally replace the need for retail game stores. 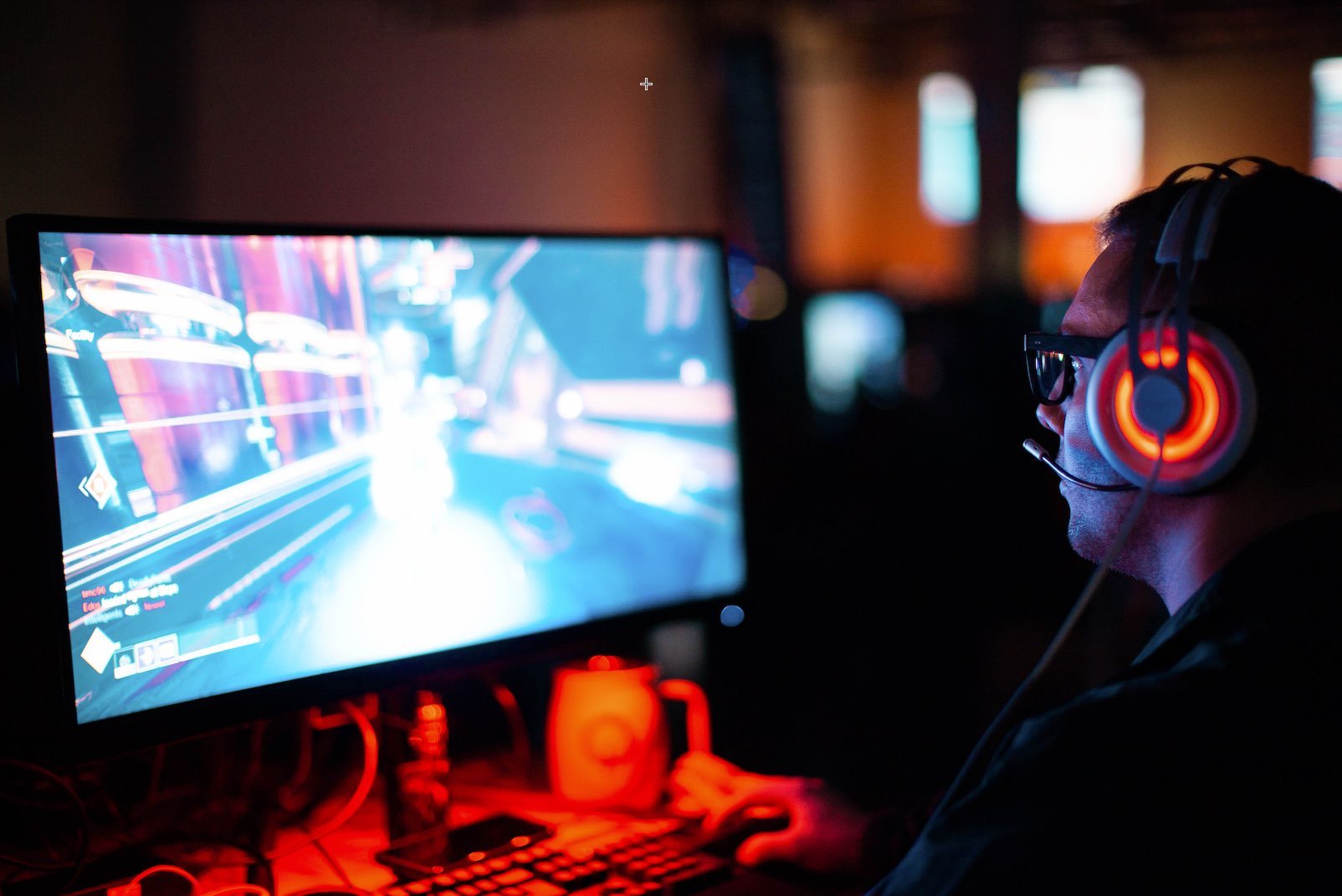 What else does this foreshadow? A whole new ecosystem and commercial marketplace centered around eSports industry. For instance, as we stand today, things are fairly simplistic: Tournament Organizers, eSports companies, eSports teams, talent agencies, streaming networks, major eSports franchises, journalism, and the ever-so-slightly less seedy world of eSports gambling. But how might this expand in the next ten years? We’re already seeing huge spaces for investors, owners, managers, analysts, sponsors and brands which follow in the footstep of professional sports leagues like the NBA, NFL, and FIFA. But look closer and think about how to better serve local, community-based eSports facilities in a similar way to the service of existing public and private school systems.

One such vertical that may be overlooked from outsiders, but is definitely not taken for granted by professional gamers themselves, is healthcare. Dr. Levi Harrison is one of many professionally trained medical staff that are brought into help professional gamers including nutritionists, psychologists, trainers, and nurses. Dr. Levi’s YouTube channel, titled, “The Gamers & eSports Doctor” has nearly 100,000 viewers and one of his videos titled, “Hand, Wrist & Forearm Strengthening” has over 2 million views. Incredibly, Dr. Levi is one of the only eSports doctors readily discoverable on YouTube and he hasn’t been active on his channel for several years. Will medically trained professionals take to digital media to dish out free advice or will they shrewdly seek contractual relationships with those who are shoveling money into the eSports stadiums, training facilities, and public play locations? Very soon, a  comprehensive system will develop from within existing organizations and facilities to offer healthcare services for members or a la carte treatments based on the budgets of the local clientele.

What other markets are on the way attached to this fast-rising juggernaut? The current model for broadcasting (live streams) professional eSports tournaments and game-play, like Twitch, will also transform to accommodate larger audiences – including traditional sports fans. This means a whole new level of media production, similar to ESPN, and the further commercialization and targeting of its fans. We’ll also see new levels of interactivity that will plug-in to and grow the existing data-mining strategy that Google, Amazon, Apple, cable, and digital broadcast networks are already utilizing.

And, lastly, similarly to companies like Uber, Lyft, Bird, Lime, DoorDash, and Postmates are using mobile devices to connect users with transportation-based solutions through one-time use payments that strengthen the gig economy through drivers, chargers, deliverers, and others, this new model will further open up new spaces for the gig economy that has yet to be seen. Imagine every major urban community in America have eSports facilities for competitive gaming – Los Angeles is the epicenter. The needs – and wants – of young people will gravitate around the experience of gaming the way that the last generation had their urban neighborhoods centered around shopping malls.

So is this brave new world going to be so bad? Not at all! It will just be more compact, digitized and entertainment-focused. And to make sure that the out of shape destiny of the human race doesn’t happen like in the Disney film Wall-E, America will have the love and legacy of traditional sports to save itself. Where batting cages, hockey rinks, and bowling alleys stand today the future will hold eSports facilities that will further develop international and interdependent electronic entertainment networks that constantly evolve into newer and more exciting forms while traditional American past-times maintaining the components that made them great in the first place.

And, like the great United States, there will be a rush to pioneer new land – not only physically, but digitally, also. The time for investors all over the world to reload their portfolios with entertainment and media properties has come – with a brighter, more equally distributed and interconnected land of the free and home of the brave for all.

A Guide to Becoming a Very Competent Remote Worker