In the world of tech founders and executives, a general disdain for attention to one’s daily wardrobe comes from a desire to maximize efficiency and clear the mind for more important cognitive processing. The thinking is such that eliminating major choices from the daily routine, like what to put on in the morning, frees up the mind to focus on more important work-related decisions. With the likes of Steve Jobs and Mark Zuckerberg taking it so far as to wear the same style of shirt and pants every day, the notion of a ‘work dress code has been adopted by many.

While the Silicon Valley elite uniform often consists of shorts, tees, and hoodies, some of the most notable names in the industry have been able to maintain equipoise between their own unique sense of style and a practicality towards fashion that is almost formulaic.

Creating a signature look doesn’t necessarily entail “silly and frivolous” decision making as noted by Zuckerberg, or a closet filled with multiples of the exact same t-shirt, and can be streamlined for efficacy while still taking into account one’s personal fashion preferences. By creating a capsule wardrobe, or a collection of like-minded items that share similar thematic styling, one can easily interchange the pieces in their closet with minimal energy expenditure while also developing their personal style.

Some of the Valley’s biggest heavyweights have been able to master their craft, break barriers in their field, and create products that have changed the course of history, while also reimagining what an executive in technology looks like. These leaders have methodically approached their wardrobe to master their personal dress code while developing the signature looks we have come to expect of them.

In dressing like a tech titan, often only a handful of staple pieces are required to create the look. While some play it safe and others incorporate more creativity, we’ve rounded up the founders and executives who are pioneering a different version of the tech-uniform.

The Twitter and Square CEO’s style can be summed up as edgy, cool and understated. Dorsey always stands out in a crowd of his peers when opting for leather jackets in lieu of button downs. While he has an affinity for high-end streetwear labels and runway brands, his style can be emulated for a fraction of the price. 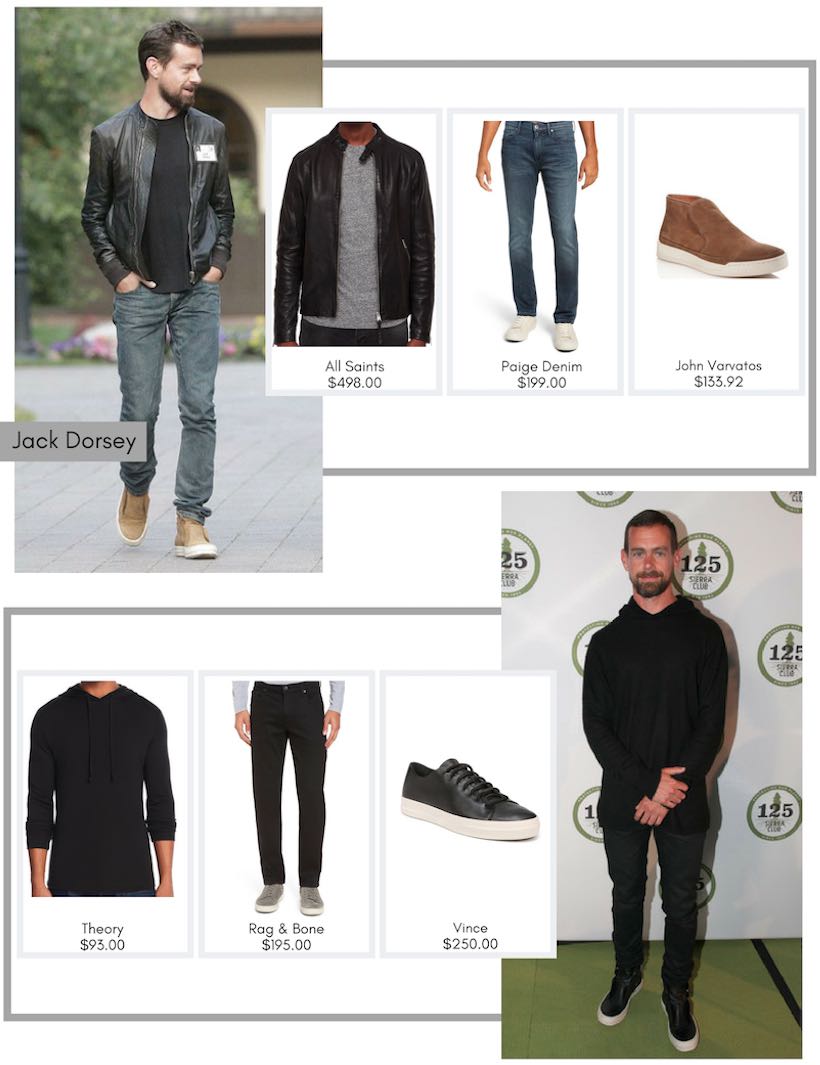 The co-founder of Instagram has been at the forefront of his industry for bridging the gap between technology and fashion, opting to bring the same panache to his dress code as he does to his products. Often seen in sports coats, ties and sweaters, Systrom’s preppy chic style looks the part of a CEO in a creative field. 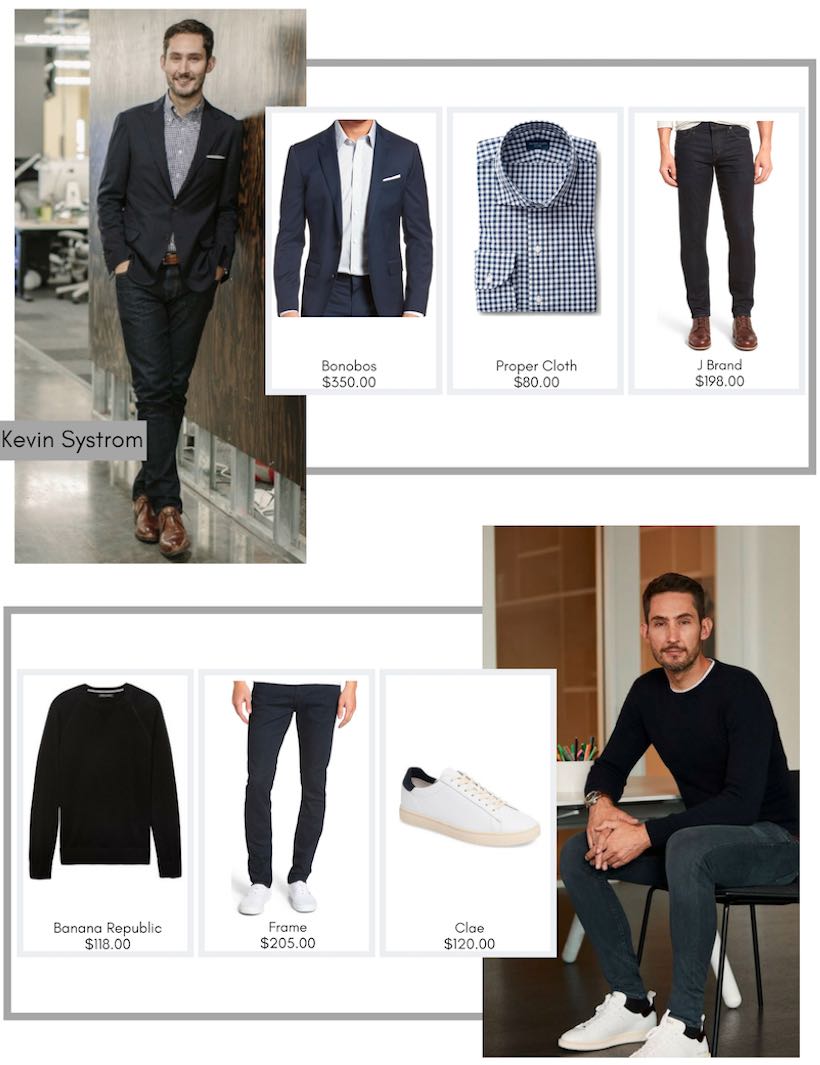 Spiegel has done an excellent job at crafting the perfect causal off-duty uniform – a practical, no-fuss look without ever being sloppy. The co-founder and CEO of Snap Inc. favor designer sneakers, skinny jeans, and fitted tees, often topped off with a great bomber jacket or puffer coat. The sheer simplicity of his look means he can achieve the Zuckerberg-like efficiency without always wearing the same thing.

The Facebook COO’s go-to mode for dressing is no fuss, classic and professional. She keeps her look simple, knows what works well on her and focuses on impeccable tailoring to maintain her streamlined image. While her style is always poised, Sandberg also adds playful elements to her wardrobe and can frequently be seen in monochromatic pairings (a common style-hack among the best-dressed women in fashion) or leather boots in place of high heels. 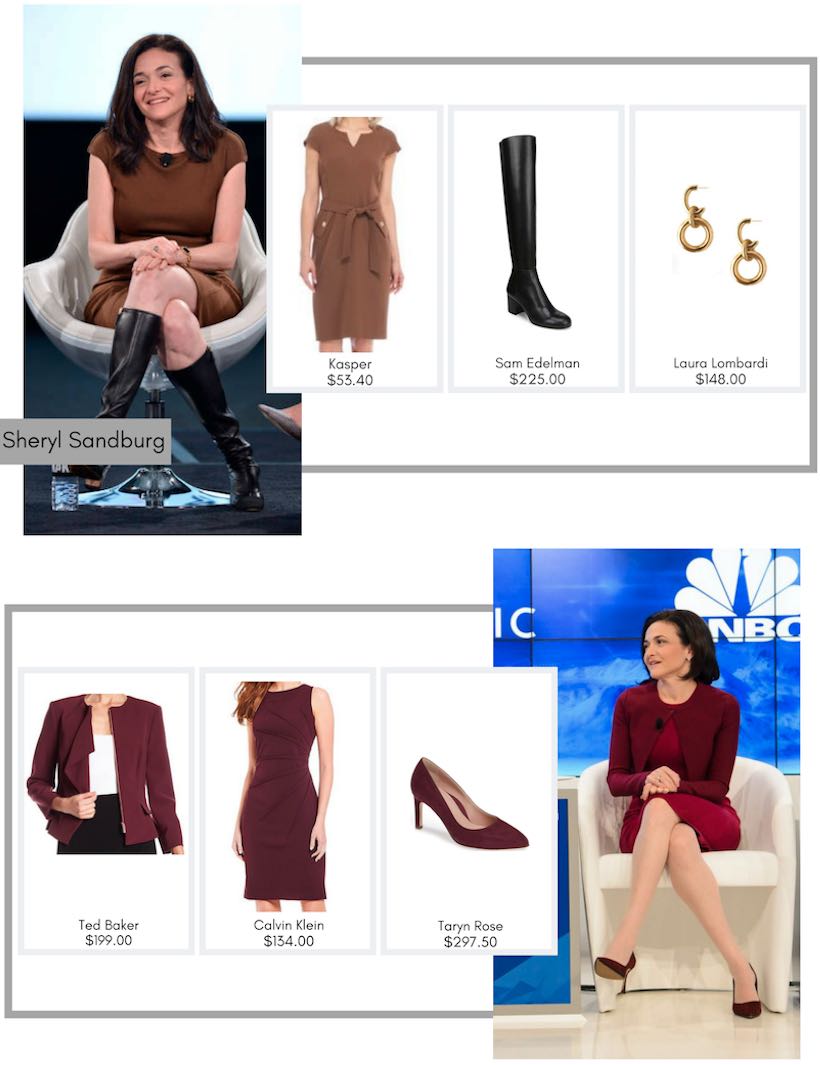 Herd’s style is very playful, put-together and completely on trend, and if you didn’t know she worked in technology you’d assume she had a starring role in fashion. The founder and CEO of Bumble make creative choices with her wardrobe each time she steps on stage and keeps her casual dress code just as well-manicured. Often hosting some of the biggest names in Hollywood and entertainment at her events, Herd’s sense of style is always equally on par with her A-list guests. 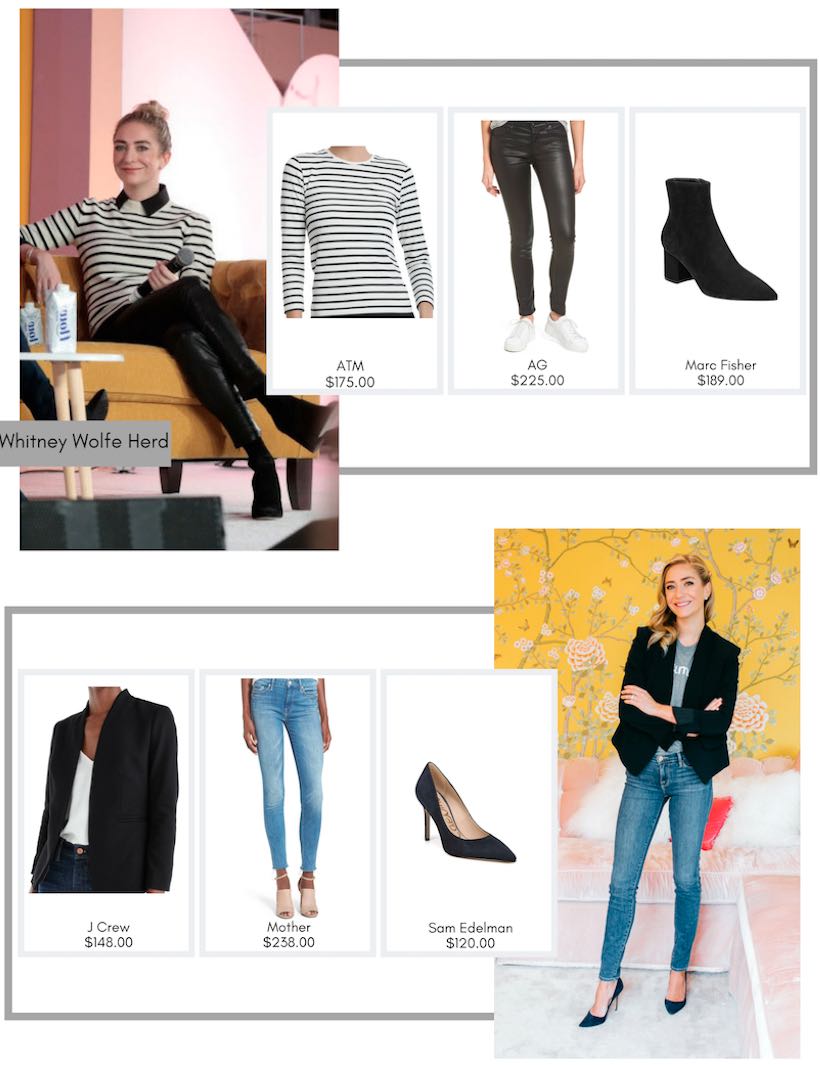 Before stepping into her role as the Senior VP of Retail at Apple, she was the CEO of Burberry, so it’s no surprise that Ahrendts has an impeccable sense of her own signature style and a formulaic approach to her wardrobe. Often seen in trench coats (an homage to her Burberry days one can only assume), classic blazers and embellished accessories, she always finds the perfect balance between corporate and fashion-forward. 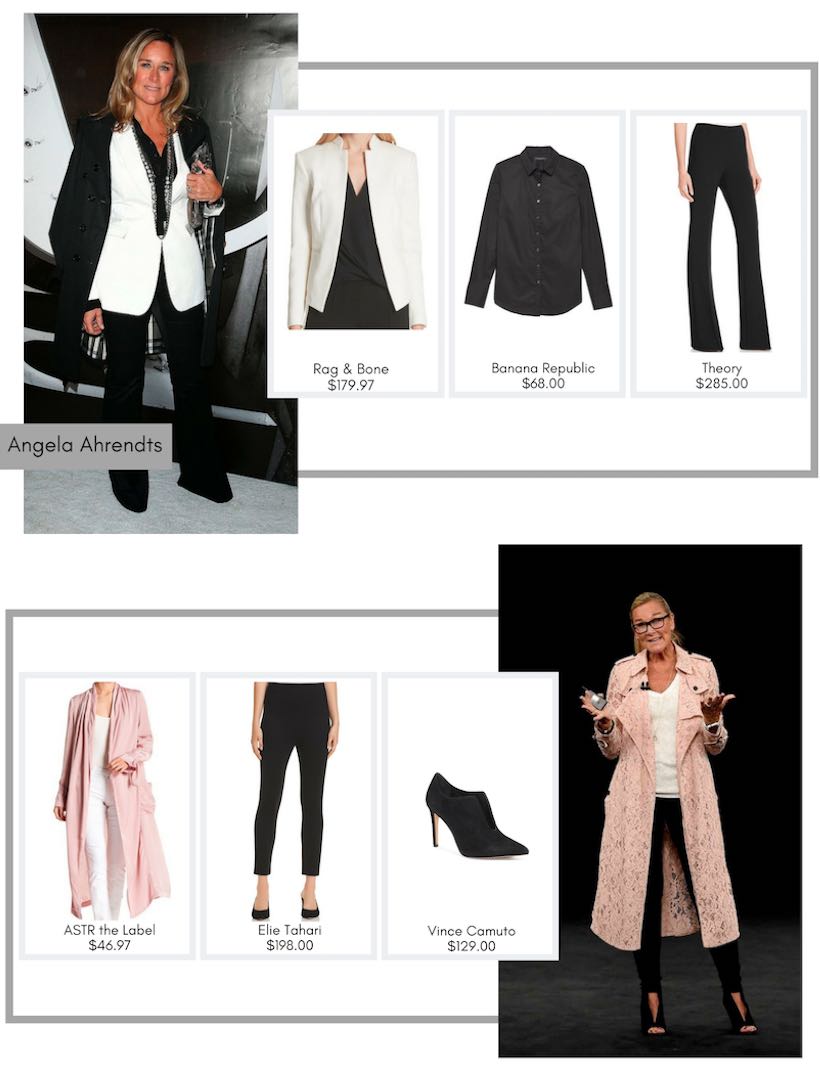 This article was written by the styling team at MiKADO. MiKADO is full-service Personal Styling firm handling all the shopping and fashion needs of busy individuals who value well-kept wardrobes. Currently serving Southern California, New York City, and the Bay area, their Stylists take care of everything fashion-related on behalf of their customers so that they can dress with ease, while never having to leave home to shop.

6 Lifesaving Commands Every Dog Should Know