Need an Easier Way to Fill Coding Jobs? Here’s How

Investing in your future often means learning how to code. Everywhere you look, you’ll see the importance of computer science education. Regardless of the industry, you’ll see practical applications for this.

Despite its importance, the world still suffers from a vast shortage of developers. The average American will spend more than three hours of their day in the digital world. It’s possible due to the 4 million software engineers in the country, which only accounts for 1% of the entire population.

A good way to satisfy this demand is to depend on organizations and their education efforts. These will help teach people to write code, increasing the number of students majoring in computer science. But another option exists and it can make coding a lot easier.

Making software remains difficult today, even after half-a-century after the invention of the internet. Most inventions focused on areas that support technological giants like Facebook and Google. But recent trends are capable of displacing this order.

The recent rise of mini-apps is leading our society into a world after the app store. These are bite-size pieces of content with instant availability since they’re built on the open web. It bypasses the App Store and the Google Play Store, preventing the fragmentation and distribution problems that could arise from them.

Super app platforms like WeChat, TikTok, Triller, as well as newer technologies such as Progressive Web Apps, see release alongside these mini-apps. With that, future apps don’t need the app store to get downloaded. Rather, they’re accessible using interactive posts located inside these super apps.

The increasing availability of cloud computing makes it a great commodity alongside app miniaturization. Before, leasing space in data centers as well as buying physical hardware can cost a fortune. Now, setting up a server can take a few seconds while costing less than a fraction of what it was before. 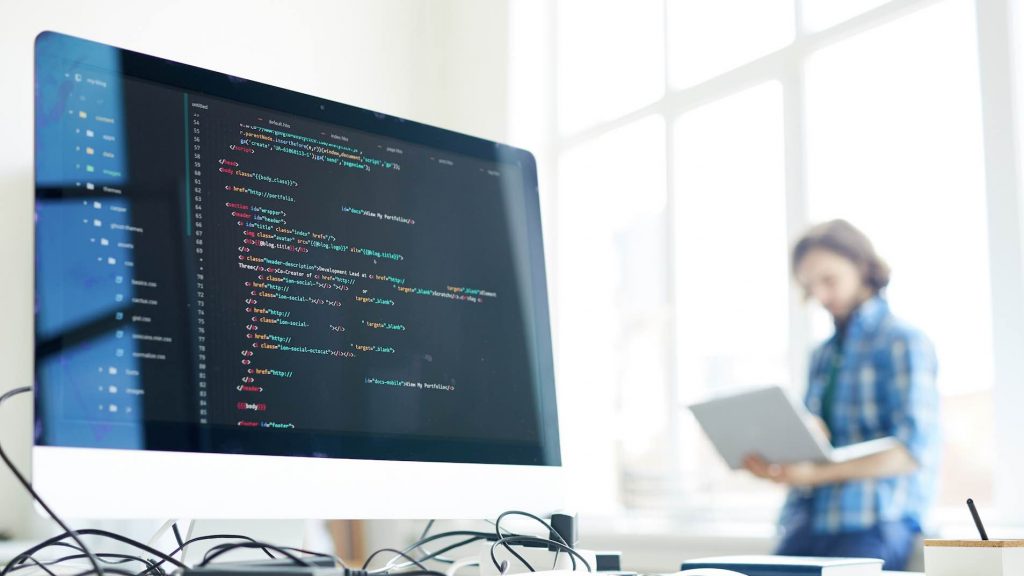 With this, people can use complex and powerful business tools like Airtable and Coda. It’s a result of the growing generation of digital natives capable of accommodating these tools. It sparks a movement where people can design regardless of their background.

All these trends see the rise of approaches that makes software creation much easier. The most common among these is making tools and infrastructure specifically made to create certain app types. It’s common with e-commerce websites and blogs.

These platforms allow easy reproduction of an app without impeding customization. It’s repurposing apps to suit different purposes like fundraising and blogging. These tools are powerful, easy to use, and can solve a lot of problems.

Their main drawback is their fundamental limitations in creativity since they’re strictly made to fulfill a certain role. For example, a platform like Shopify can only accomplish e-commerce-related functions. Other than that, it’s an ineffective and often impossible tool to make video games, for example.

These rigid platforms’ limits gave rise to no-code and low-code tools. These can try transforming computer code into blocks and shapes that you can drag and drop, allowing you to make the application. Some have value since they’re powerful enough to enable ordinary people to build complex software pieces without seeing the underlying codes.

These tools’ constraints come from the types and levels of abstractions set by their developers. To push its limits, some projects become as complex as codes written from scratch. For propriety tools, they’re wrought with issues like vendor lock-in, which keeps creators stranded if the service closes down or changes their vision.

The market gives a lot of opportunities, but it’s constantly evolving. It’s the early period of coding disruptions, and it will take a while to see the clear winner. An effective solution will likely come from different sources.

No-code interfaces are valuable as a pair with industry-standard code. It’s best suited for developers that thrive in gig economy-style micro-management. This will help them go past the boundaries of the projects possible with no-code.

Instant remixing of software pieces will open the avenues to subtractive development instead of additive. New things can come from pre-existing ones, as long as they’re properly duplicated and modified.

Continuing innovation and investment in making software development easier are the most effective ways of increasing participants in the software economy. When more people start learning how to create, the software will start evolving in a new and interesting direction.

It’s possible since these people will push the boundaries in different directions. Before long, the workforce will show how this market skill works. It’s the early period of these tools, but their potential is palpable.

These new tools have the potential to change how developers approach coding. Before long, businesses and employees can have more opportunities for growth and development. This level of progress is something that will become more apparent as the tools and approaches continue their evolution.

The Rise of Startups Outside of Major Tech Hubs

Operating in a tech hub is one of the things that startups believe they need to do in order to succeed. It has always felt like the right thing to do for budding entrepreneurs as such locations promise the most...

Product Managers must possess core competencies that can be applied in all settings, whether in large corporations or in small startups. But their roles and responsibilities will obviously different because of the differences in assets, market, and capitalization, among other...

The email inbox is either your friend or your foe, but most of the time, if managed poorly, it becomes Pandora’s box, it gobsmacks you with a ton of headache and frustration, and it’s the perfect way to cripple or...

Booming Industries in the Time of COVID-19

The current health crisis has devastated not just the lives of the people but the economy as well. Lots of businesses folded within the first half of the year, unable to survive the new ways of life folks were forced...

You’ve graduated from a reputable college with a tech degree and top grades, so you think to get a tech job at a startup is a cinch, right? You couldn’t be more wrong, especially if you have to first go...

Hiring is complicated and a time-consuming process, which poses various challenges for recruiters at every stage –right from sourcing to onboarding. The recruitment process gets further complicated with a humongous amount of paperwork, spreadsheets, phone calls, and emails. HR tech...

How Have You COVID-Proofed Your Business? Learn From 6 Hot Startups at BAM Ventures

Smart entrepreneurs are learning to live with the new-new normal—and many are even thriving amid pandemic. We asked BAM portfolio company founders how they’ve pivoted successfully. When COVID-19 first hit, many referred to the "new normal" we would all soon...

The email inbox is either your friend or your foe, but most of the time, if managed poorly, it becomes Pandora’s box, it gobsmacks you with a ton of headache and frustration, and it’s the perfect way to cripple or...

Los Angeles is a city built on the intersection of dreams and determination. For over a century, millions of people have proven that the judicious application of creativity and hard work can literally make imagination into reality. The media born...