No Result
View All Result
Home How To Hire

How To Hire Your First Employees

by LA STARTUPS
in How To Hire
Reading Time: 7 mins read
A A
Share on FacebookShare on Twitter

All businesses need the right people to help them grow. Choosing the very first couple of employees, however, tends to be trickier, especially if you’re a startup. It’s a given that there are several challenges already as a new venture but this one might be among the trickiest.

The main challenge in this circumstance lies in the competition that you have. Talents are often looking for quite a lot of things in a startup that they’d want to work with. Their preferences can vary widely but a good chunk would want to work with someone more established. Aside from the stability they can promise, the benefits are often more enticing and the clout that comes with the name is rather attractive.

As a new venture, you’re at a disadvantage as you may not be able to match every offer your more established competitors have. However, the very fact that you’re new still gives you an edge as some prefer working for early-stage startups instead. Again, it’s really a matter of preference so there’s still a very good chance that you’ll find excellent talents. You just need to know how to find them so you can build a solid core group for your venture.

How To Hire Employees For Startup

How do you do just that, you might be wondering? Let this guide teach you the key steps in finding and hiring the best first 10 employees for your startup. 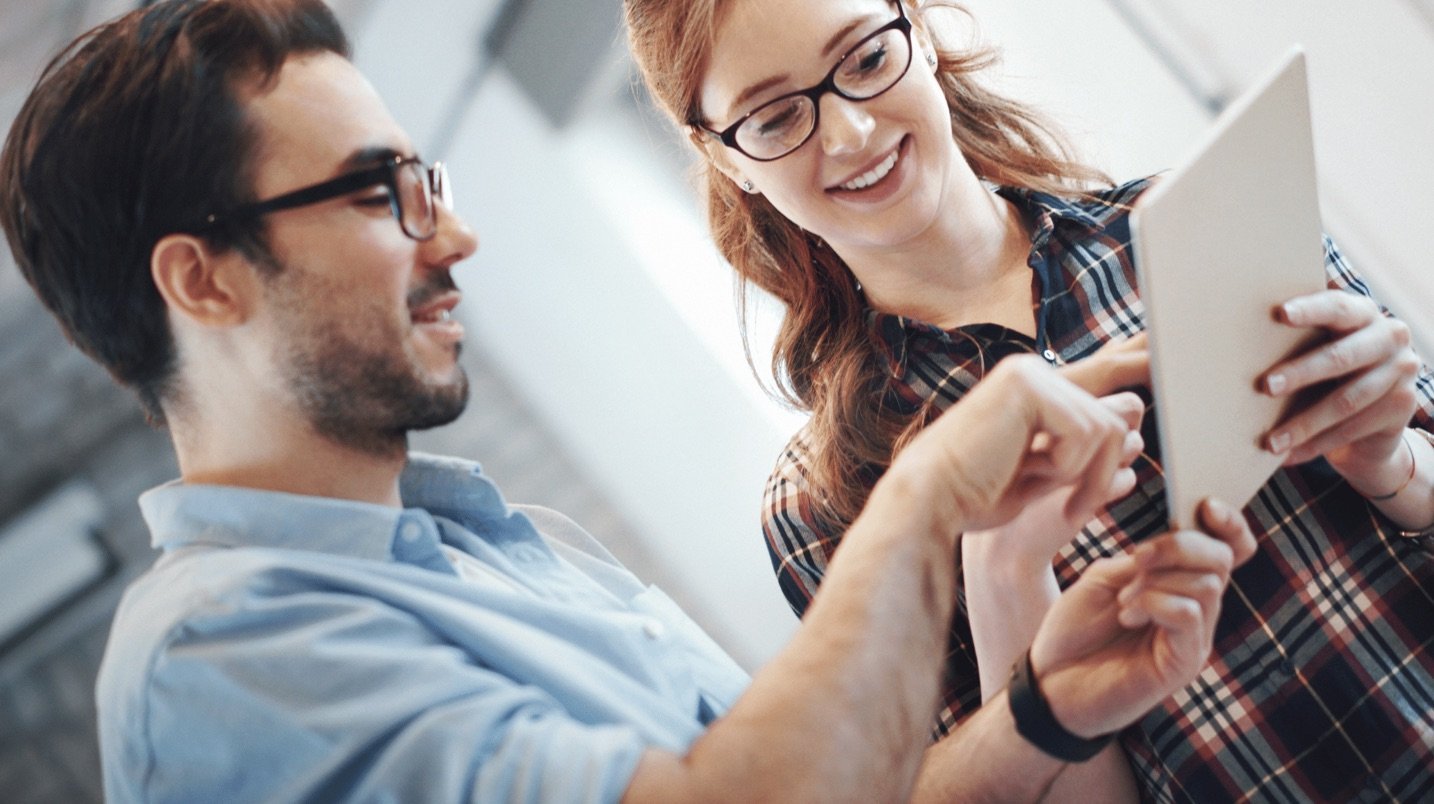 Generally speaking, new startups offer opportunities that lots of people will not be able to enjoy or experience as late-stage hires. These are some of the biggest draws you have over your big shot competitors as the experiences employees will get from them will greatly vary from what early hires will get from you.

It’s a fact that early-stage hires can affect the structure and foundations of a business. What they’ll do will define and shape the company so they’ll certainly see the contributions they’ve made. The sense of accomplishment will be like no other in such situations and lots of talents are after that. This is especially true for those who have been burned out by their previous jobs in bigger corporations or ventures.

One icon in the startup industry is Facebook’s first engineering hire, Taner Halicioglu. Early-stage hires look up to the guy as his climb to success was not necessarily easy but was highly gratifying. He decided to risk a lot with an ambitious startup when he could’ve worked for other big companies in Silicon Valley and beyond. In exchange, he became a part of building a major empire and making lots of money in the process.

While the information on his net worth is not easily available, the fact that he can donate more than $75 million dollars to UC San Diego to establish the Halicioglu Institute for Data Science is an excellent sign that he’s pretty loaded now. This is what a lot of those who are willing to gamble with being an early-stage hire dream of replicating.

This does not mean, however, that early-stage hires are only after the potential financial gains. As mentioned above, the opportunities also appeal to them as they prove to be very motivating for a lot of people. The kind of involvement they’ll have in the development of the venture will be a lot more than what they can experience as late-stage hires.

As one expert puts it, the kinds of tasks that early-start hires can get will be similar to what department heads at bigger companies handle. It’s exciting, as the challenges will be unique, especially for their age and level of experience.

As most early-start hires tend to be younger, they’d need to wait to get to VP level in a bigger brand. Not everyone gets to that point and those who do can take a while. Getting to enjoy the experience at a young age will be amazing training for those who are just starting out in the startup industry.

A specific, foolproof formula isn’t available for early-stage hiring but a general philosophy can be used to get the best possible results. This starts with knowing what you need and what you can offer to candidates. On paper, the idea is very simple. If you have a business plan and growth strategy, it would come naturally, right? Wrong.

While you would have a good idea of what you want to look for, without concrete growth goals and a plan of attack, it would be hard to formulate what exactly it is that you need. As a new venture, you might not be entirely sure yet of what you can actually offer.

Compared to established enterprises, you can’t get very specific yet as to what the projects your new hires will handle. Defining roles can also be quite challenging as a very new startup. Team members will most likely need to be very flexible as what they’ll do will depend on the funding, the field you’re in, and the overall dynamics of your organization.

A recommendation by Techstars managing director Jenny Fielding is to start with a set of attributes and tasks instead of focusing on functionality. Fielding also suggested not to be too stuck with the titles as they can complicate things. They sure are fancy but they can be limiting.

So instead of saying that you need someone who has CFO experience, parse out the position a little and search for someone with business development acumen that also has a good grasp of numbers who can work on your finances.

Another way to go about it is to look for someone who is capable of functioning like a cofounder. These folks often perform a whole range of tasks, making them indispensable and integral parts of the organization.

It’s also crucial not to rush things. You will most likely feel like you need to sign people up to get the ball rolling but don’t succumb to the pressure. It’s best to find the perfect fit instead of going through the entire process only to end up having to do everything all over again because the one you hired did not work out.

Instead of choosing haphazardly, experts recommend working on an enticing value proposition for candidates. This will help you appeal to your target audience better. 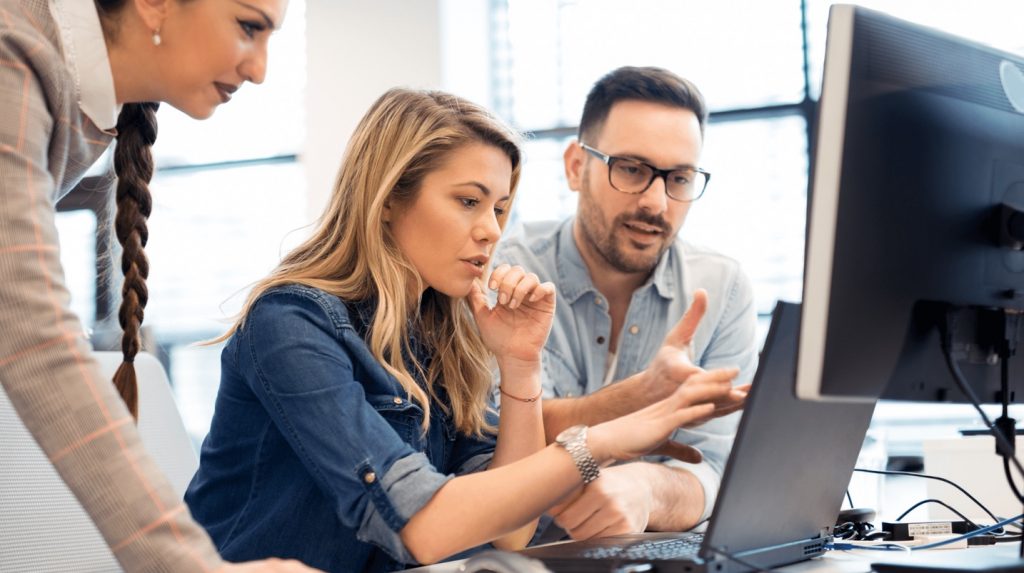 Finding and Vetting Your First Set of Employees

As a new company, you might need to rely on referrals from people you know and hiring platforms. Your business will not instantly have applicants lining up to be considered since no one really knows yet who you are and what you’re about. However, even with recommendations and referrals, don’t feel too secure yet. Statistically, conversions for hires are very low among new enterprises.

It would be crucial to source from the right places. Your network will be a great place to start but it might not be enough so you should also get to know the best platforms for your industry.

Once you have your candidates, evaluating them is another important thing to do. They should be eager to build something with you. If they’re not, they might not be the best fit for your young venture. They should be intent on fixing hard problems and exploring possible new solutions to all sorts of challenges.

Self-starters would be excellent options for your initial team. As your first hires will mostly function like your co-founders so they should be able to get stuff done without any prompting.

One red flag that will instantly tell you if someone will not be a good early-stage hire is if they are expecting to have the same experience as a big company. This sort of mindset is not a good match for early-stage hires as their expectations will not align with the situations they’ll face in a new startup. They could be great team members later on but they might not be a good fit right now.

Seal the Deal by Offering a Community

Ultimately, though, it’s still up to the candidates to decide if they’ll want to work with you in establishing and building your venture from the ground up. You also have to do your part to entice them to join your team. To do that, present your business as a community. Let them know about what you have in store, what you’re planning, your vision, your passion, and that you’re excited for the possibility of them becoming a part of the whole endeavor.

If they did not opt to work with you, make sure to keep the relationship open and healthy. This will help you build a good network which can also be a good source for hiring additional team members later on.

How to Hire a Great Growth Marketer

You’ve finally nailed product-market fit. Customers are telling you how much they love your product. Now it’s time to focus on building your team. One of the positions that you need to be tactical about is the growth marketer spot....

How to Hire Remote Employees for Your Virtual Team – Complete Guide

Looking for the right candidate for a remote work position or job opening can be tricky and challenging. Due to current events particularly the pandemic that is brought about by COVID-19, more and more traditional office-based roles are transitioning to...

As technology continues to advance every day, the world steadily collects more and more data. The more data we collect, the harder it becomes to collect, manage, and derive insights from the data. Every year the volume of data collected...

Remote work has been steadily rising in popularity even before the start of the COVID-19 pandemic. Small, medium, and even enterprise-level businesses have started adopting more and more of their traditional office-based roles to remote work positions. This means that...

How Your Startup Can Attract Top Talent in 2021

Establishing a startup is one of the most exciting things to do, especially if you have a particularly unique and one-of-a-kind idea. However, there are also lots of challenges that come with it. It’s certainly like starting a business, since...

How to Hire an AI and Machine Learning Engineers

Los Angeles is the third-largest startup hub in the world, behind Silicon Valley and New York. And it’s growing by leaps and bounds. Now home to SnapChat (a.k.a. Snap), Ring, Dollar Shave Club, The Honest Company, ZipRecruiter, GOAT, ServiceTitan, Honey,...

Podcast: Drew Houston on ‘How Dropbox Got Started’