by Michael Morgan
in Entertainment, eSports

While the world of traditional sports is tripping over themselves during the pandemic, eSports viewers and properties are skyrocketing into never before seen heights of profit and success. Epic Game’s “Fortnite” as well as the new kid on the block, “Valorant”,  are perfect examples. Fortnite’s live Travis Scott concert within the game pulled in over 30 million viewers. Valorant has over 3 million players daily in their game. Compare this with the return of NBA live games that are bringing in less than 3 million viewers each game. NBA and NFL games have caught the scent of politics for many audiences which has given them a reason to turn them off. If it were eSports versus traditional sports in the ring right now, eSports would be delivering some seriously heavy blows.

Perhaps one of the most overlooked advantages that eSports holds over traditional sports and entertainment is that it has an incredibly low barrier to entry compared to professional football, basketball, or, say, feature film-making. There is a feeling of participating and feeling “a part of” without the drastic learning curve or necessity for big-money investment in tools, resources, and complicated organizational hierarchies.

Up and coming generations want to participate – they want to be involved. The simplicity of access to gaming portals is key to what is allowing the industry to thrive – especially now. Although competition certainly is still a primary component of what makes professional eSports attractive, the basis of collaboration across the world of digital gaming is far stronger and better than any other market. Investors take note of this – as they should.

Whereas professional athletes are subject to intense scrutiny, pedigree checks and a slew of obstacles to reach greatness including the massively complex network of sports talent management, any kid with a computer and webcam can now become one of the world’s top-ranked eSports players with little difficulty. The Fortnite World cup world champion in 2019 was sixteen years old at the time when he won the $3 million grand prize – and was signed to the local Los Angeles eSports team, the LA Sentinels which, thanks to smart business contracts, grabbed a piece of his grand prize. 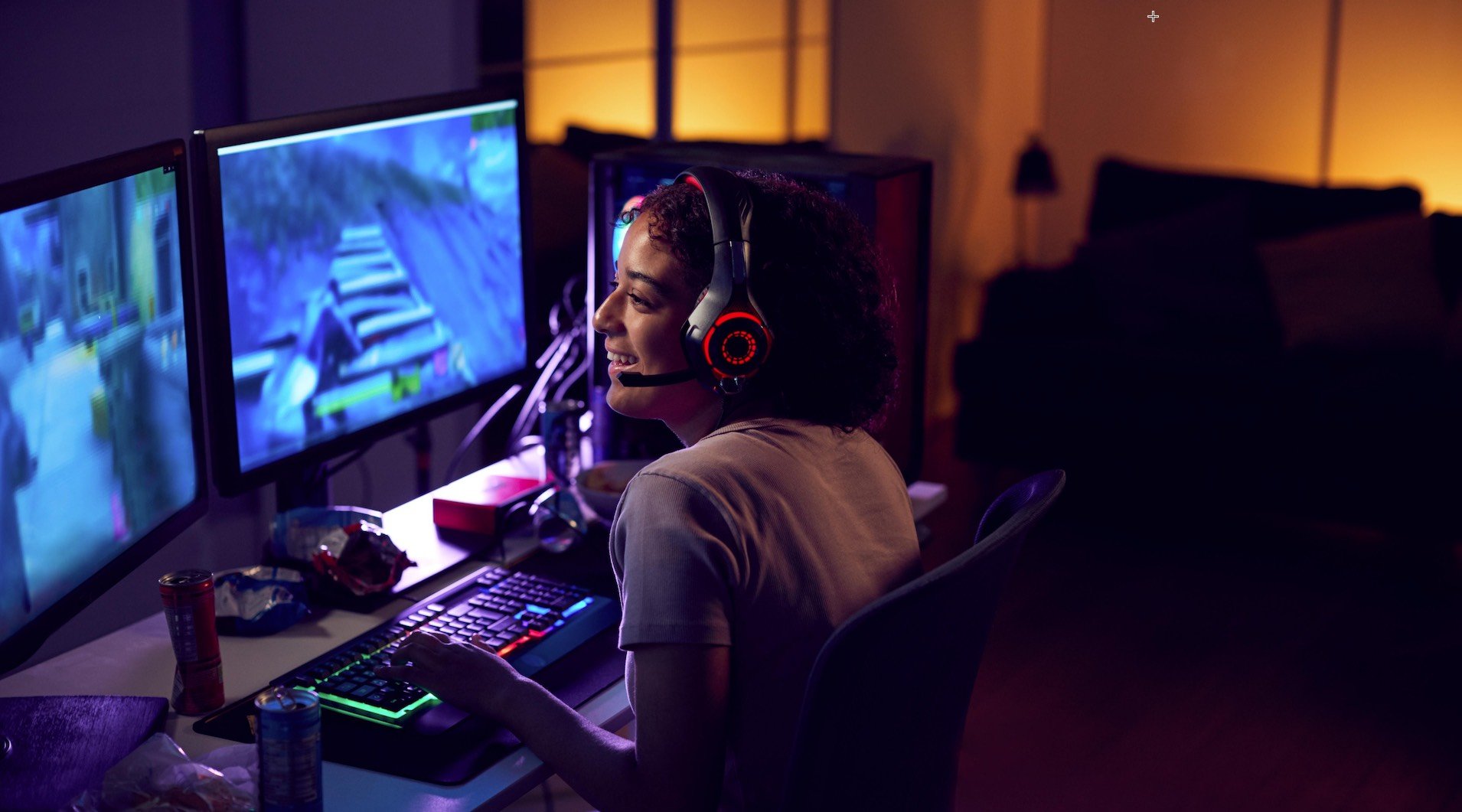 Some data to back this all up includes subscribers to Microsoft’s “Game Pass Service” passing 10 million subscribers as well as a 130% increase in engagement in March and April – with numbers continuing to steadily grow. Nintendo’s “Switch” console saw a 24% increase as compared to the same time last year and it’s hit-game “Animal Crossing” sold over 13.5 million units since its release in late March. Twitch, the Amazon-owned game streaming platform, saw a 50% rise in viewers and video game sales surpassed $1.6 billion in March – a 35% increase compared to the same time last year.

And suddenly watching video game sports is becoming normalized to the point where we can actually imagine, one day, virtual eSports may surpass the popularity of professional sporting. The normalization of eSports and gaming is a result of our departure from the usual models of entertainment and education because they are evolutions of the former. They are less limited, they are more expansive, and they are more accessible to the world-wide market of consumers and participants. It’s like the surge of interest and attention that sports receive during the Olympics – except it happens every day, all the time.

One of the most interesting developments has been the willingness that mainstream networks have shown in embracing eSports under their umbrella of content and properties. Traditional media giants that once distanced themselves from the “niche” video game market, are now embracing them. This is best proven by the fact that the G4 TV network, focused entirely on video game news and eSports, will be returning in 2021 with stars including Olivia Munn and may find itself on the Comcast/NBC streaming platform, “Peacock.”  Disney-owned ESPN is live-streaming games like League of Legends and NBA2K while Twitch Prime has just been folded into the Amazon Prime service to become Prime Gaming.

The impact of eSports will be felt not only in entertainment but in education and business, as well. Think of the impact of millions of young people being required to log in to their computers or phones in order to visit their classroom will have on the concept of learning in relationship to technology. The seamless integration of digital learning and the ever attractive realm of online gaming is only a click away. What about all of the young professionals who are now doing meetings on zoom – just a single tab or window away is an endless world of excitement through gaming? 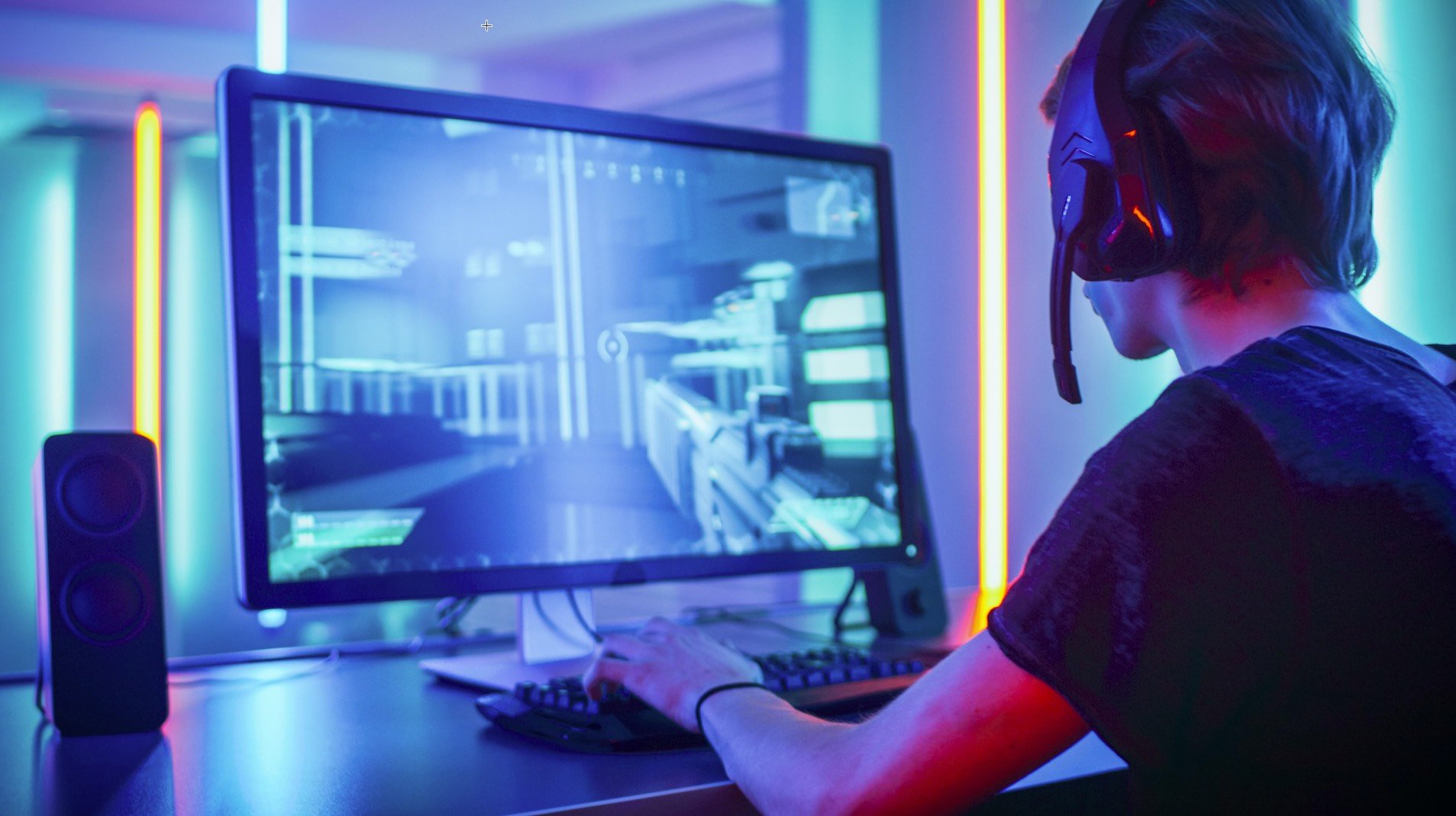 In fact, we know that confidence is growing in games because of the recent lawsuit that Fortnite filed against Apple for taking them off of their app store. And, to be fair, Epic Games taunted Apple by ensuring that new in-game purchases on Apple products would bypass the usual Apple 30%. After the House judiciary committee interview with the big four tech companies, Epic Games surely smelled blood and decided to take a risk and test the mobile corporate giant. We’ll see what plays out, but game companies are definitely not afraid of pushing the envelope and breaking a few rules in the process. This may be a very new world of media that will not so easily be reigned in or intimidated by traditional profit models and shareholders. More and more, eSports may resemble the “for the people, by the people” model where traditional sports have been more exposed in being a hierarchical money-making machine for the few, the rich, and the controlling.

eSports remote-nature and the ability to collaborate across time and space is already being adopted into the organizational structure of millions of businesses and schools under the terms “distance-learning” or “working remotely.” As we experience a swift and sometimes merciless transformation across industries and societies in our current time, we would be wise to look to video games and eSports as a model that is far more sustainable, replicable, and enduring than anything we’ve seen before and will last us through the 21st century and beyond. Most importantly, these video game companies are willing to go where no one has gone before and to break through barriers and inconsistencies that have held up new industries that once were given the same opportunities, yet shrank back. One big question to ask is: How much longer will it be before eSports supplants traditional sports as the king of viewership? If you look at statistics from gaming for participation and engagement rather than advertising revenue, some may say it already has. eSports may be the King Arthur’s tale that we’ve been waiting for, an industry willing to pull the sword from the stone and slay the corrupt giants of the media landscape that we’ve all paid into without an awareness of what could be done better.

Michael was formerly a globally ranked eSports player for Super Smash Bros., Battlefield 2, and Dance Dance Revolution. He then became Innovator in Residence at the Annenberg Innovation Lab after he served as CEO of Newquill, Inc with the support of DreamIt Ventures in New York City. A former partner at Milestones, Inc. in Santa Monica, he currently serves as the Chief Strategic Officer of the Del York Creative Academy. He spends his time engaging with the Los Angeles renaissance in a variety of ways and has a passion for futuristic healthcare and eSports.

eSports is quickly taking the world by storm – very few people would argue with this definitive statement. However, more importantly, is that as this whirlwind moves from continent to continent, there are a lot of complexities, structures, regulations, and...

Lags, high pings, and bandwidth issues are just some of the most annoying things online gamers have to deal with on the regular. These can easily ruin a game and keep players from enjoying their games to the fullest. But...

Blizzard’s recent decision of canceling Overwatch League games in Asia is due to the growing coronavirus outbreak concerns. The company already canceled some matches in South Korea between February 29 and March 22. The company said that it’s to preserve...

In the continued avalanche of exciting eSports news,  Nerd Street Gamers has raised $12 million in funding from Philadelphia discount retailer Five Below (and others) to build esports Localhost facilities that house leagues, training camps, tournaments, and showcases. The company...

Los Angeles has long been seen as the world-wide epicenter for arts and entertainment – palm trees, swimming pools, and movie stars as Quentin Tarantino’s recent hit, “Once Upon a Time in Hollywood” reminded us all. But as movie studios...

From The Trenches: Interview with Rachel Trindade, CMO at 3PL Central

7 Effective Ways to Communicate Effectively With Employees During a Crisis

From The Trenches: Interview with Diana Jarrar-Solomon, CEO of MAGICdATES

Work-From-Home and Life in The Next Normal

Acre Launches a Marketplace for Gold