2020 wasn’t a good year for everybody. With the pandemic forcing the government to control the number of social gatherings, psychological health risks are to be expected. The loneliness that comes with isolation and quarantine is a challenge most people would like to face together but the disease cannot simply allow things to go the way people want them to.

So for today’s article, here’s a list of the best mental health podcasts to listen to for 2021. 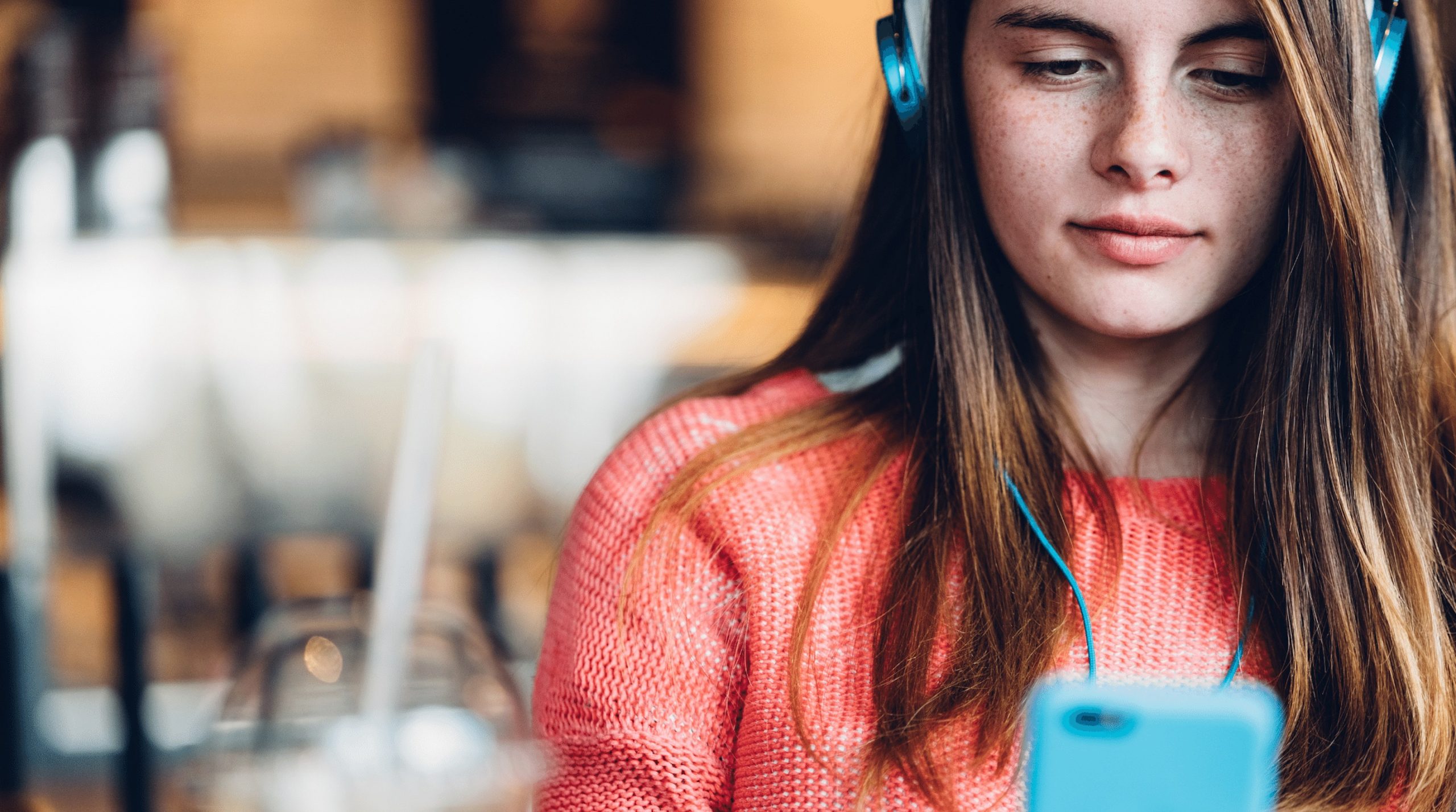 The Hilarious World of Depression

It’s not uncommon for depression statistics to rise. It’s a disability that affects millions of people worldwide. The Hilarious World of Depression has a different approach to dealing with the issue.

Its presentation is of something that reminds one of standup comedy. It’s a literally comedic relief from the harshness and the slow burnout caused by depression. After all, “laughter” is the best medicine.

The Hilarious World Depression draws its inspiration from the fact that there are already too many sad and tired people in the world and that the best cure for it is laughter. The episodes are anything about depression. It also has episodes that cover topics that may not be related to mental illness.

The show has guests that work in the entertainment industry. People who are simply looking to have fun can listen to this podcast. Or if not, they can pick up valuable lessons from entertainers who have had first-hand experience with depression.

Depression isn’t the only existing psychological burden people may have developed during the quarantine. Mild and mutated forms of depression or depression-related psychological problems also show up. These include bipolarity and schizophrenia.

In Mental Illness Happy Hour, Paul Gilmartin presents the struggles people afflicted with these psychological problems have to endure. Paul Gilmartin is a comedian who also sends invitations for interviews, and then provides the case or different scenarios.

Mental Illness Happy Hour is focused on the interaction between creative individuals and the debilitating psychological disease. Paul Gilmartin also has on Comedy Central Presents; Paul Gilmartin. He was diagnosed with clinical depression back in the ’90s and has been living better since 2003.

Terrible, Thanks For Asking

Another comedic take on mental health issues, Nora McInerny talks more about the struggles of an individual suffering from a mental health illness. The podcast series has a more “sharing personal experiences” approach.

This may off-put listeners who are looking for a truly comedic take on mental health problems. Terrible, Thanks For Asking isn’t limited to topics about mental health diseases. It also talks about situations where the mind may be affected.

At times, Nora McInerny doesn’t always follow the comical approach and the episodes can get a little more serious. Nora’s guests share their heartfelt struggles and experiences with downed psychological states and how they overcame them. Terrible, Thanks for Asking is available in the Apple Podcast store.

Some of these guests are scientists and some are religious monks. Each of these guests offers unique and fresh perspectives on how to have a better outlook on mental health. Dan Harris’ podcast series can benefit anyone looking to improve their mental health but do not want to rely solely on the cold, hard facts provided by science.

10 Percent Happier provides a balanced approach to mindfulness and contentedness, two things that are not commonly advised to people suffering from general psychological “discomfort.”

Although not formatted in the same way podcasts are usually presented, Tara Brach’s talks in audio and video are a collection of useful information about mental wellbeing. Tara Brach is a Ph.D. holder for psychology and in each episode, she tries to relate the discussion to either anxiety, depression, or both.

She sees the relevance of these two common psychological illnesses as an indication of something far more important in a person’s life and offers advice on how to deal with them.

Tara Brach’s talks are more focused on meditative states the listener can get into. Further readings into research prove that meditation significantly improves mood and has a high correlation to lower chances for developing psychological disorders.

The Hardcore Self Help Podcast

Southern California-based psychologist Dr. Robert Duff thinks that the worst thing that can be said to patients is how to deal with their issues in a highly-technical, jargon-filled style of conversation.

Dr. Robert Duff’s podcast series covers a lot of topics apart from psychology like sexuality, mental wellness, and lifestyle. He takes complex psychological scenarios and breaks them down into easy-to-understand bits and pieces that listeners will definitely appreciate.

Dr. Duff’s plaintive approach to psychology makes it easy for anyone to relate to each podcast episode and helps listeners understand themselves better. He also shares tips on how to deal with and avoid the development of negative states of mind which can be detrimental in the long run.

He has authored books with quite vulgar titles, but the naming conventions remind people of their motivation to be better than their current psychological dispositions. His podcast series has been going on for some time now, and the latest episode is at 243. It’s a pretty consistent podcast and one that listeners should be subscribing to.

Individuals looking for inspiration to better themselves both psychologically and intelligently can listen to this unique podcast series. Hosted by David Chambers, this podcast is a discussion on art and history, with a little bit of comedy.

It’s not a podcast directly addressing issues about mental health but David draws a lot of his topics from his experience, inserting snippets of his early days of suffering from anxiety and depression.

Persons who may have an interest in both art and history can listen to this podcast to temporarily distract themselves from the fact that they are feeling “a little sad”. David also wears a plastic bag over his head for comedic effect, which should help tickle the listener’s funny bones. To fully appreciate his views, listeners can start at the very first episode to help them relate to Blindboy.

Raghu Markus’ podcast series is less focused on healing and more about mindfulness in the digital age. It’s a podcast that covers topics about culture and consciousness. It’s a spiritual approach to mental well-being that should entice listeners that lean more towards religion and religious practices.

What’s good about this podcast is that it teaches people about awareness and mindfulness in a world where everything is too busy. People simply do not have enough time to set aside to take care of themselves. This podcast should be able to at least help individuals looking to initiate a path to psychological betterment.

Raghu Markus has a musical background but also has expertise in transformational media. His unique skill set enables him to give a fresh perspective in achieving mental wellbeing as he shares his life experiences and discusses his opinions on what’s going on with the world around us and what’s going in the people’s heads.

One of the most unique podcast series here in this list, and also one of the most convenient. Happiness Spells’ podcast episodes are only five minutes long. What makes this different and special from the rest is that each episode is a gratitude and mindfulness exercise.

Every episode is basically a read-off from a list of the things that makes the speaker happy. It’s simple and very effective, and people can appreciate this for its simplicity. It takes the concept of gratitude as a way to be grounded and be content.

When given a closer look, this type of mindfulness exercise is derivatives or a simplified application of some practices found in Buddhism and Christianity. Buddhism stresses the idea that man’s suffering is rooted in his natural state to desire, and the only way to be free of suffering is to eliminate desire completely.

Its creatively named – Happiness Spells works like some kind of magic but in reality, it’s founded on principles that are present in Christian and Buddhist religions. (Although this podcast doesn’t specifically state anything about religion)

One of the most beautiful ways empathy could be defined is one’s ability to connect with another by finding commonality in states of despair, and internalizing it. Suicide Buddies has a podcast series uniquely titled to relate with their audience at first read.

Suicide Buddies discuss topics on various aspects of health and wellbeing, with more emphasis on the psychological side. Aside from the more sullen (and admittedly serious) topics of suicide and sadness, they have some pretty motivation sessions, too. Suicide Buddies have guests from different walks of life and this makes the various types of listeners find similarity, and hopefully, develop empathic connections with the speakers. In the process of doing so, they can get a better understanding of their experience and take the first few steps to make themselves better.

How To Stop Overthinking Your Life And Start Living