No Result
View All Result
Home Best in LA

by John Diep
in Best in LA, Food & Drink
Reading Time: 7 mins read
A A
Share on FacebookShare on Twitter

Where should you eat for lunch in West Hollywood? Here’s a list of the top places everyone is raving about.

West Hollywood might only measure 2 square miles big but it doesn’t mean that you’ll be stuck with just a handful of dining options when you’re in the area. In fact, this neighborhood is actually teeming with amazing restaurants. You can take a pick from long-running establishments to the hippest eateries that offer different kinds of cuisines.

Favored by celebrities and foodies alike, there are really lots of reasons why you should head to WeHo to grab a bite. And if you do, make sure to consider these places as they’re definitely well worth the calories.

Even the biggest foodies will agree that Chef Kris Yenbamroong’s Night+Market is possibly the best modern Thai restaurant around. So instead of making your way to Thai Town, you can just head here if you’re craving for some Southeast Asian fare.

As mentioned above, however, it’s important to note that this is a modern Thai eatery so expect that they offer different stuff from what you’ll get at Thai Town. Their fusion cuisine is exceptionally good with drinks, though. So if you’re up for an evening of good food and drinks, this can be a great destination.

Last lunch before the weekend! Let’s get it. Song and Sahm both open 12p-3p ? @jackieleeyoung

Hailed as the best brunch spot in WeHo, Rosaline is out to tickle your taste buds with its modern take on Peruvian cuisine. As this place is considered as the wildly successful comeback of chef Ricardo Zarate into the LA dining scene, you can certainly get your hopes up when planning your visit.

Strip-mall sushi is one of the best things L.A. can offer as it certainly has a lot of great ones around town. However, Sushi Park is deemed as the best of the best by normies and celebs alike. It also means serious business despite its location and it won’t hesitate to let you know that.

Right at the door, Sushi Park says that there is no trendy sushi in this joint. So prepare for some serious sushi sampling here. Just be ready if you’re thinking of trying the omakase menu as it comes with a pretty steep price tag. If you’re lucky, however, it might just come with a celebrity spotting since this joint is also a top pick by the rich and famous.

If you fell in love with Vegas’ Aburiya Raku just like tons of other chefs and industry experts, then you don’t have to go far just to have your fill. This WeHo location of the well-loved izakaya is just as tasty as its original location. It offers the same flavors and food, so if you can’t go back to Vegas anytime soon, this will still give you a great fill.

Mexican dishes already feels native to Los Angeles but there are still quite a number of places that stand out for their delicious offerings. Guisados is one of them that it grew from a small casual dining joint to a full-on chain with locations all around the city. This WeHo spot is one of them and is still a great destination to go to if you’re after some good tacos.

Although we are known for our braised meats, Guisados proudly offers some of our favorite nostalgic veggie stews like calabacitas, frijoles con queso and Hongos con cilantro. But did you know we are also known to have some great seafood options as well!!?? Sure you did! Pictured left is our Pescado Taco (grilled white fish) and to the right, our Camarones taco (grilled shrimp, bell peppers and onions). Two great options if you don’t eat red meat or chicken! Thanks to @food_stoked for the great photo, proud to share this on our first #FoodFamFriday post during lent!

Lucques is one of the long-running dining establishments in WeHo that some folks already consider them as institutions in the area. They have just celebrated their 20 years but their Californian Mediterranean French offerings continue to wow and impress diners. They’re deemed as the best prix-fixe eatery in the area, so if you want to dine out on a budget, they can be a great place to call for a reservation.

Note: Their menu changes regularly but you can be sure to find great options all the time. 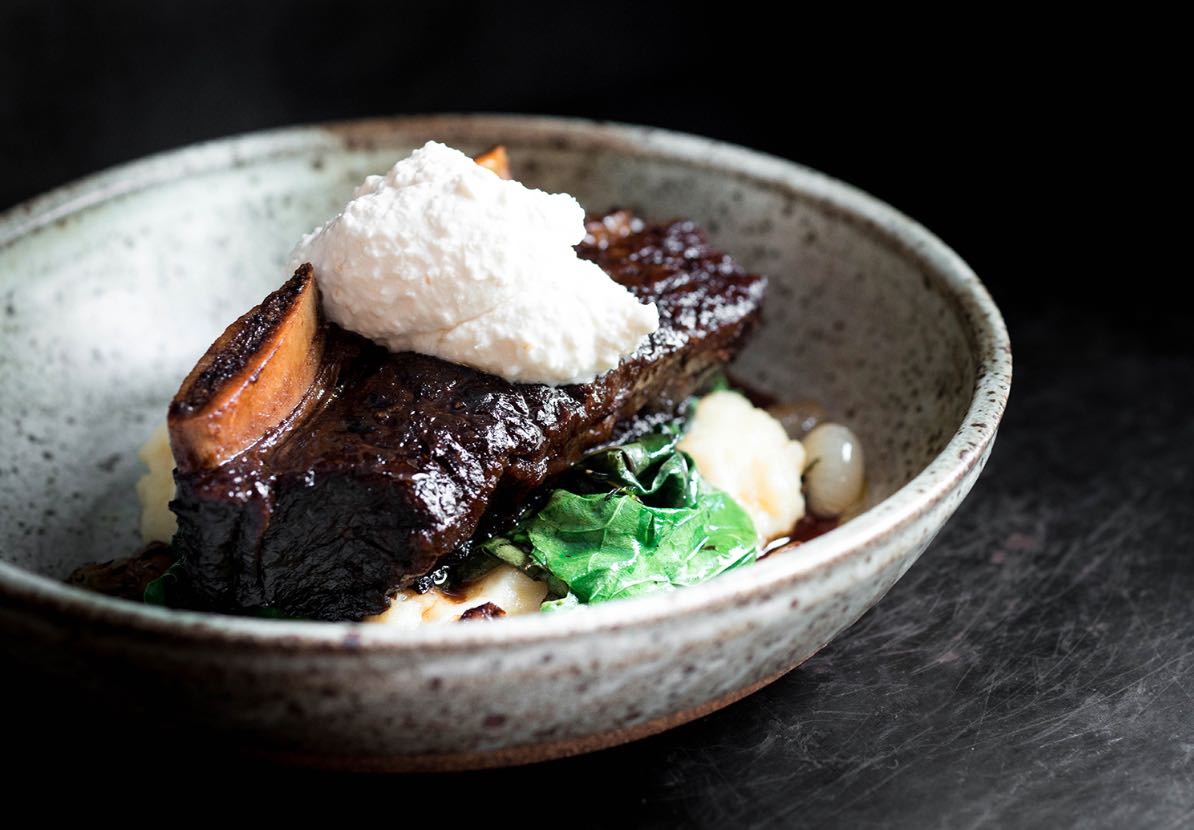 When it comes to industry classics in WeHo, Dan Tana’s would be hard to beat. This place has been around since 1964 and it’s safe to say that it remained faithful to its roots. You can tell with its nostalgic atmosphere that it’s one of those places that locals go to because they practically grew up there.

To be fair, however, the food is also very good. It’s also a celebrity favorite but if you’re hoping to rub elbows with the rich and famous, you might want to try hard as booking a table here can be a challenge.

Another West Hollywood staple is Irv’s Burgers. They’ve been around since the ‘50s and has fought hard to survive until today. One of its biggest charms is that it managed to retain its classic flavor through the years despite changing ownership. It’s also where you’ll find some of the best deals in town since the food is very affordable here.

Also known as Jones Hollywood, this place is best known and loved for its quite cool. It’s often described to have a “rock-and-roll sensibility” and a “genuine Hollywood” vibe, so if you’re after such, you should definitely drop by.

The food is also great here which makes it extra special since its open until late. Anything will satiate the hunger of someone tired from partying but it deserves all the praise it has been getting because the grub is good.

Eveleigh might be located in a tourist spot but it doesn’t mean that you should shy away from it entirely. Besides, they have a magnificent space that will let you enjoy a unique taste of West Hollywood dining and a large menu that has something for everyone. 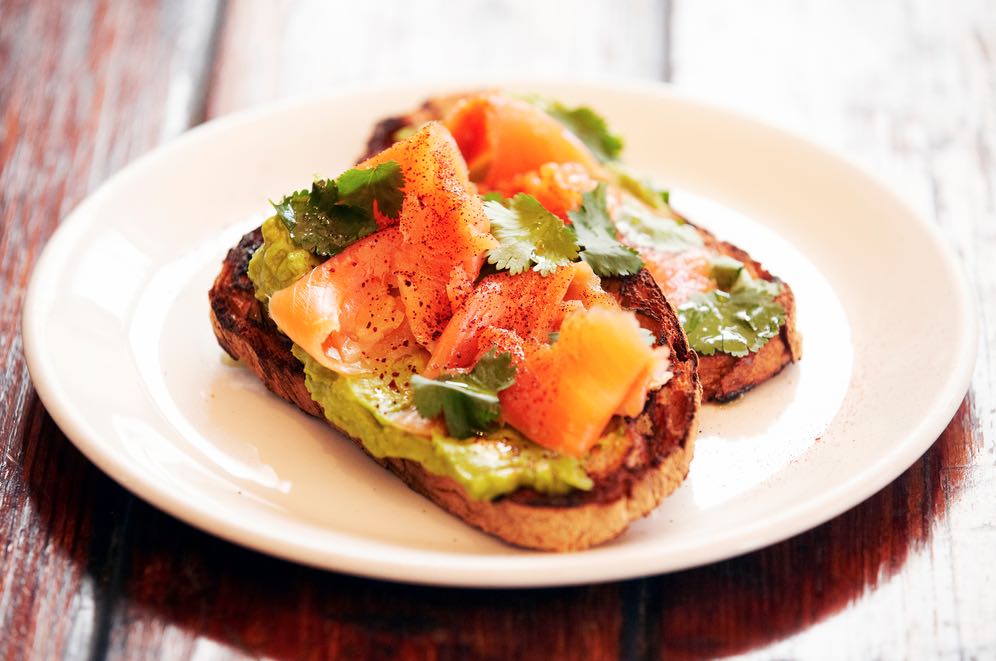 There are tons of great places to spend happy hour in WeHo but Cecconi’s tend to outshine them all with its amazing Cicchetti or Italian tapas. While it is a classic Italian spot, it mainly offers Northern Italian cuisine so it can be a bit different from the other pizza and pasta places on this list.

Also, check out these 9 Best Restaurants To Eat In Marina Del Rey

Dining out can get costly, especially if you want something tasty. However, it doesn’t have to hurt your wallet every time you go out to eat. There are lots of seriously amazing eateries around LA that are big on taste...

15 Best Food And Fitness Podcasts To Tune In Right Now

Most people would be more inclined to plug in their earphones on their commute to work and listen to music. At home, they would rather watch videos before turning in. And when they’re not doing anything, they’re probably scrolling for...

The 2021 Guide to 15 Coolest Restaurants in Los Angeles

Find where you can go in Los Angeles for the trendiest dining establishments to satisfy your foodie cravings. Are you in Los Angeles right now? Whether you’re just visiting or you live here, you really ought to try one of...

Hamburgers are pretty much the global definition of American cuisine so why should you settle for anything less than stellar? Here are twenty-one top-notch places in LA so you can always get the tastiest options around. When you think about...

Los Angeles' Koreatown is the pinnacle of Korean cookery in the United States, without any doubt. The food offered is astonishingly delightful, making even the most obsessive foodies from Seoul awestruck at both its quality and quantity. It’s the perfect...

Have you ever heard the saying "breakfast is the most important meal of the day"? The majority of Americans believe that this saying is true, the rest do not. It doesn't matter which side you're on. Because breakfast truly has...

4 New Restaurants in Los Angeles to Eat This Weekend

It’s good if you like to patronize certain restaurants in Los Angeles this weekend. Your regular visits tend to result in better service, plus the food is familiarly good. But it can be a bit boring after a while unless...

Restaurants with even a fragment of outdoor space have found ways to serve customers in the fresh air during this era of pandemic dining. For people seeking a meal with a fresh view along with fresh ingredients, an al fresco...

OXIGEN, the pH balanced water boosted with oxygen, announced today the closing of its $15 million Series B funding round backed by a roster of notable celebrities and global business leaders. OXIGEN is proud to feature a Board of Advisors...

Hollywood is possibly the main reason lots of folks visit the City of Los Angeles. With its glitz, glamour, movie studios, and promise of seeing movie stars in the flesh, it definitely has a lot of charms. However, due to...

Hooray! VidCon is Back From Virtual, Dates Released for Anaheim Convention Center