Los Angeles: City of Dreams & Geeks – LA Is Good For Startups, Here’s Why

Los Angeles is the city of dreams and geeks. The sun-drenched glitz and glamour of Hollywood are often assumed to be the only attractions of this sprawling metropolis. However, LA has become a space center for launching trailblazing startups such as Hulu, SnapChat, Tinder, MySpace, LegalZoom, and Activision. These success stories arouse curiosity and attraction about the city.

Los Angeles has a rich history of entrepreneurship, dating back to the early days of Hollywood. Many successful startups have been launched in LA, and the city continues to be a hotbed for innovation and creativity. There are several factors that make LA an ideal location for startups.

City of Dreams and Geeks – Why is LA Good For Startups

Second, LA is a major center for business and finance. The city is home to some of the largest banks and financial institutions in the world, such as JPMorgan Chase, Bank of America, and Wells Fargo. This gives startups access to the capital and resources they need to grow their businesses. In addition, LA is also home to many venture capitalists who are eager to invest in new companies.

Third, LA is a great place to live. The weather is always sunny and warm, and there are plenty of things to do in the city. This makes it a desirable place to live and work, which helps attract top talent to your startup.

Fourth, LA has a large and diverse population. This provides startups with a large potential customer base. In addition, the diversity of the population means that there are many different perspectives and ideas, which can be helpful for coming up with new product or service ideas.

All of these factors make Los Angeles an ideal place to launch a startup. If you’re thinking about starting a company, don’t overlook LA as a potential location for your business.

Where Are Startups in LA?

There are a number of different startup hubs in Los Angeles. Santa Monica is home to many tech startups, while Downtown LA is known for its fashion and design startups. Pasadena is another popular location for startups, due to the presence of Caltech and JPL.

The Westside, which encompasses a stretch of Los Angeles known as ‘Silicon Beach,’ is home to many companies. Over 1500 technology businesses, including startups, are located in this region. Silicon Beach may be used loosely or colloquially to refer to almost anyplace in the Los Angeles Basin, particularly the coastal belt from LAX north to Santa Monica Mountains. Snapchat and Tinder are two companies that were started here.

The region has become a major technology center in recent years, with Google, Yahoo!, YouTube, Buzzfeed, Facebook, Honest Co., Sony, and Apple Inc. among the most well-known companies to establish offices there. The region is currently home to hundreds of new start-ups that have raised over $1B in funding since 2012.

No matter where you decide to launch your startup in Los Angeles, you’ll be surrounded by other ambitious entrepreneurs who are working hard to turn their dreams into reality. 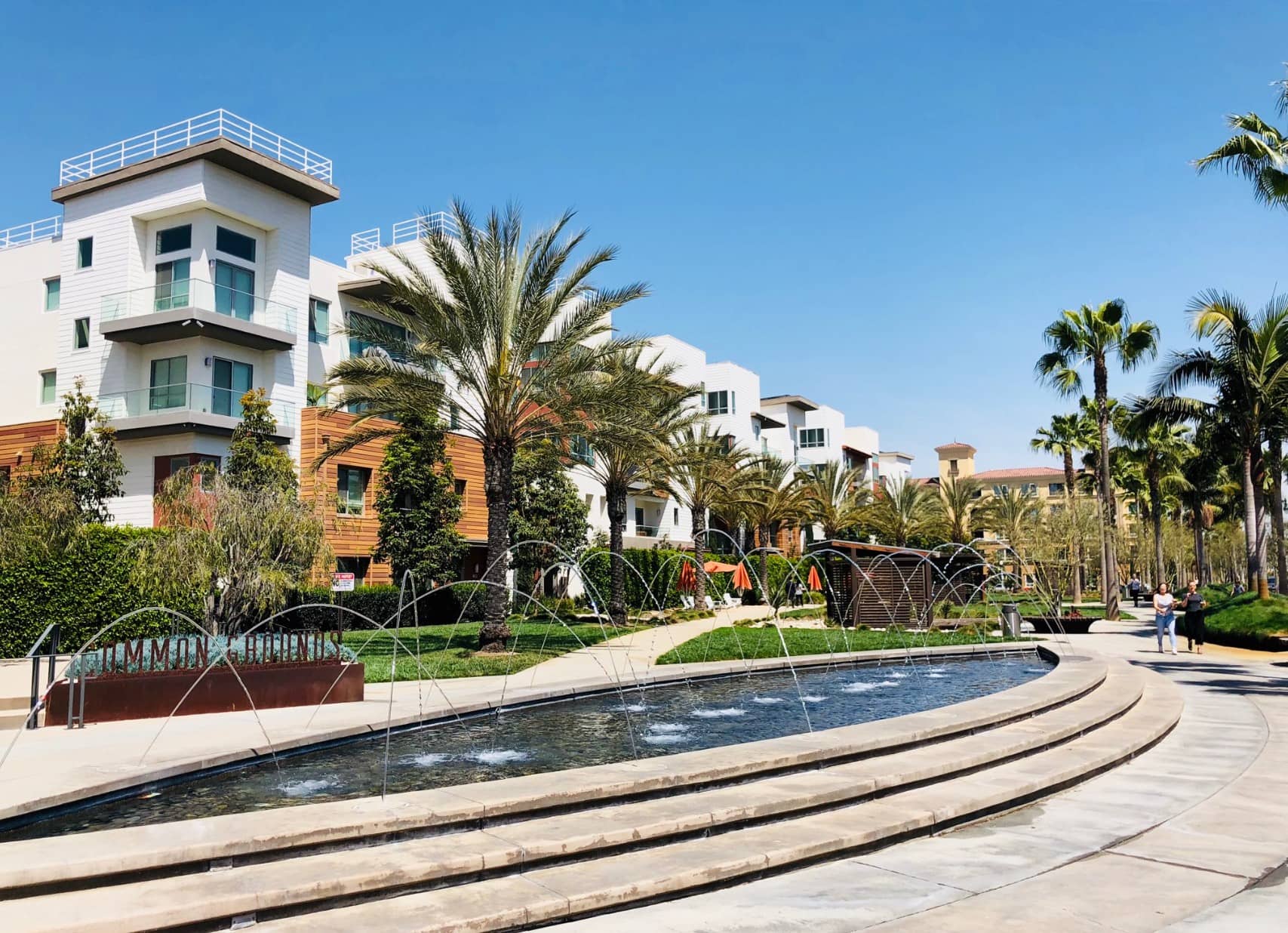 The Westside has transformed into a community catering to technology professionals by offering luxury real estate and award-winning cuisine in more pedestrian-friendly settings as Silicon Beach grows in popularity. With increased demand to relocate to the Westside, many tech entrepreneurs are becoming unwilling to relocate to Silicon Beach. Yes, there is the beach, but there’s also a lot of traffic congestion, limited parking, lots of visitors, and expensive housing.

Here are 15 other locations you’ll run into entrepreneurs in Los Angeles:

The eastern part of Los Angeles is home to the growing neighborhood of Downtown Los Angeles. Although it isn’t next to the beach, it provides a more urban atmosphere that is ideal for IT entrepreneurs searching for a more professional and business-type environment.

Silver Lake is a trendy neighborhood in Los Angeles that is home to many young entrepreneurs. It’s located east of Hollywood and has lively nightlife, which makes it the perfect place for networking with like-minded individuals.

Westwood is an upscale neighborhood in Los Angeles that is home to the University of California, Los Angeles (UCLA). Because of its close proximity to UCLA, Westwood is teeming with ambitious college students who are looking to start their own businesses.

Venice Beach is one of the most popular neighborhoods in LA and it’s no wonder why. Not only does Venice offer stunning beach views, but it also has a lively arts district that is filled with galleries, restaurants, and shops.

Echo Park is a neighborhood in Los Angeles that is known for its hipster vibes. The area is home to many young creatives and artists, making it the perfect place to start a business in the arts or fashion industry.

Culver City is a charming neighborhood in LA that is known for its creative and entrepreneurial spirit. The city has a growing startup scene, with many tech companies setting up shop there.

Although Beverly Hills may be best known for its luxurious hotels and high-end shopping, the city is also home to a number of successful startups. In fact, Beverly Hills was recently named one of the best cities in America for startups by Forbes.

West Hollywood is another great neighborhood in LA for young entrepreneurs. This trendy area is home to countless bars, restaurants, and clubs, making it the perfect place to network with other business owners.

Pasadena is an up-and-coming city in LA that is quickly becoming a hot spot for startups. The city is home to Caltech, one of the top engineering schools in the country, as well as a number of other colleges and universities.

Santa Monica is a great place to launch a startup because of its close proximity to beaches and Silicon Beach. The city is also home to a number of tech startups, making it the perfect place to network with other entrepreneurs.

Glassell Park is nestled northeastern edge of Los Angeles and is quickly becoming a popular destination for startups. The city is home to Occidental College and a number of tech startups, making it the perfect place to network with other entrepreneurs.

Burbank is another city in the San Fernando Valley that made the cut for best tech regions. Residents of Burbank, including media executives, business professionals, and many millennials, will be happy to see tech workers moving into the area.

Irvine is a city in Orange County that is home to startups and tech giants. Irvine has been voted the best place in America to live, work, and raise a family by Money magazine. This city offers an environment where businesses can thrive due to its highly educated population and ample resources. Irvine is home of UC Irvine, one of the best research universities in the country.

San Diego is further south than the other cities on this list, but it is no less important to the tech industry. San Diego is not known as part of Silicon Beach, but the city is known for its high concentration of biotech startups. The city has been growing in popularity due to its great weather and quality of life. Many people are drawn to San Diego because of its strong economy and diverse population.

If you’re looking for a place to live, the 16 Best Rental Websites are a good place to start.

If you’re thinking about making a move to LA, don’t let the traffic scare you off. While it is true that the city can be congested, there are many public transportation options available. Plus, with so many things to do and see, you’ll never be bored living and working in LA!

Los Angeles is a diverse and welcoming city, making it a great place for startups. If you’re looking to launch your business in an exciting and supportive environment, LA is the city for you!