Hollywood is possibly the main reason lots of folks visit the City of Los Angeles. With its glitz, glamour, movie studios, and promise of seeing movie stars in the flesh, it definitely has a lot of charms.

However, due to the many things that you can do here, you can’t just head out here without any preparation. There are so many things to see and enjoy that you wouldn’t want to miss out on the essential things that will complete your Hollywood experience.

To help you cover all your bases here’s a quick guide on that will teach you all of the basics about Hollywood.

So the first thing that you need to know about Hollywood is its location. Not because you’ve landed in LAX does it mean that you’re already in Hollywood. This neighborhood is located in the central region of Los Angeles next to Hollywood Hills and Los Feliz; and minutes away from Beverly Hills.

To get to Hollywood, you can take the Metro Rail line and get off at the following stations:

You can also take the DASH Hollywood Bus or drive like most Angelenos. There are many parking spaces, garages, and lots around but you might still want to check online about the parking situation of the places you wish to visit. With LA’s driving culture and the popularity of the neighborhood, it might be hard to find a good place to park on certain days. 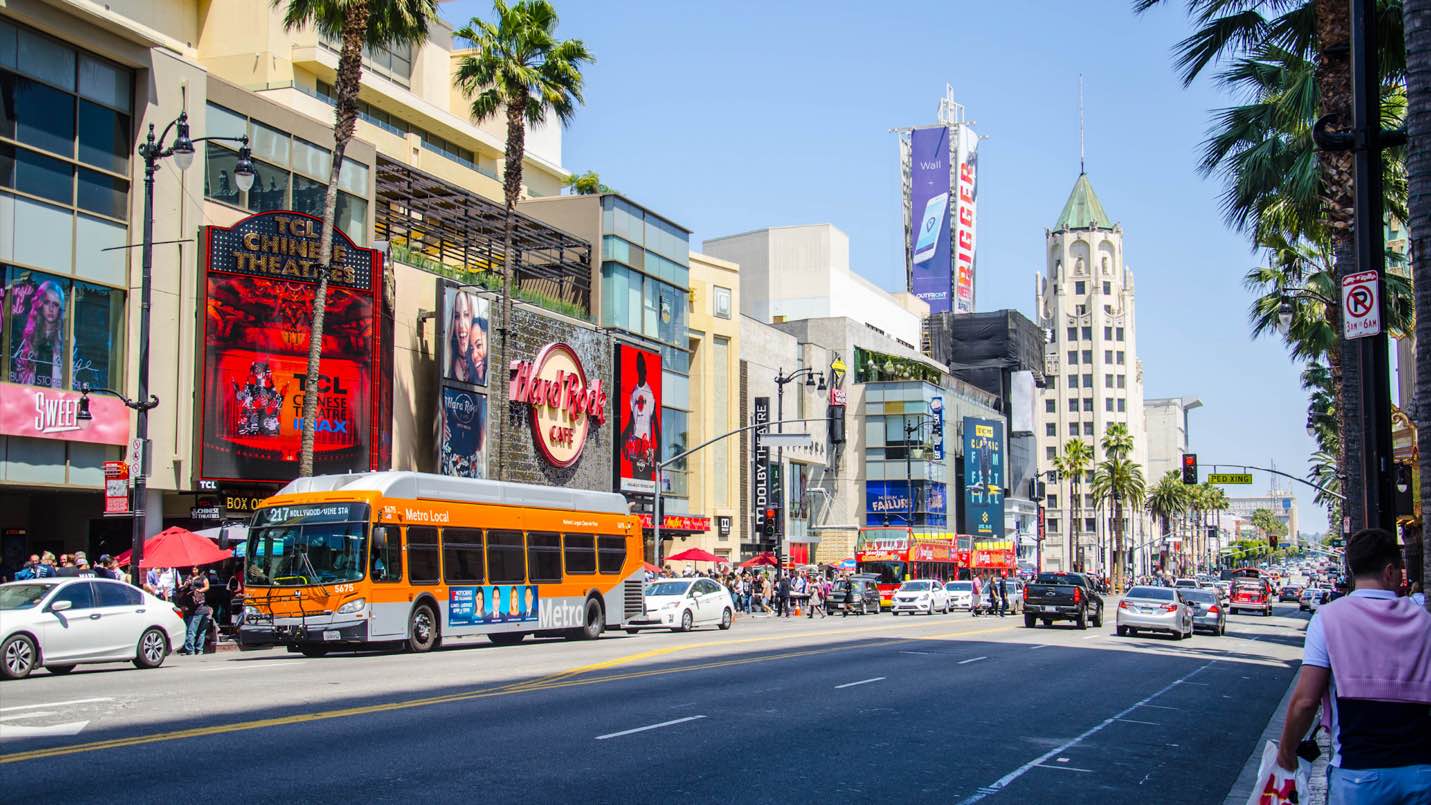 Being a trendy neighborhood that is also extremely popular among tourists, you should be ready to spend some serious money on accommodations if you want to stay in Hollywood. The most popular hotels here are mostly upscale so you might want to consider staying in nearby neighborhoods instead if you’re on a budget. If you can swing it, however, here are a few great places to book rooms in:

Chic and modern, the W Hotel might just complete your glamorous Hollywood experience. It’s pretty much the embodiment of the neighborhood so it can definitely contribute to the quality of your stay.

If you’re more into the Old Hollywood charm, the Roosevelt Hotel might suit your taste better. This historic establishment has a lot to offer to its guests so they can also give you an enjoyable holiday.

A nice mid-range boutique option, this hotel is near pretty much everything you’d want to see in Hollywood. It also boasts of a popular rooftop bar that offers a great view of the Hollywood Sign and all of Los Angeles.

For a safe and budget-friendly pick, the USA Hostels is highly recommended. Its location is also very accessible, making it a fantastic choice for many.

Have you really been to Hollywood if you didn’t get a glimpse of the Hollywood Sign? Being the most iconic view in all of LA, seeing the sign is on the to-do list of every tourist in the area.

Fortunately, there are tons of places where you can view the Hollywood Sign. Here are a few of the best ones:

If you want a close-up look at the Hollywood Sign, get ready to go up the Griffith Park. It has a hiking trail that leads to one of the most advantageous viewing spots of the sign. So if you don’t mind some physical activity, this is a great way to see the Hollywood icon.

Accessible through Hollywood Park, Barnsdall Art Park is one of the most accessible places to see the Hollywood Sign if you’re staying right in Hollywood. As a bonus, you can also tour a Frank Lloyd Wright masterpiece there.

If you don’t want to have a hard time catching a glimpse of the Hollywood Sign, head out to this shopping complex, Hollywood & Highland. There are lots of areas within the structure that are made for viewing and taking photos with the sign in your backdrop.

What makes Hollywood very lively is the long list of iconic and historical sites in the area. Among the features of Hollywood, aside from its working studios, are the Hollywood Bowl (1919; a natural amphitheater used since 1922 for summertime concerts under the stars), the Greek Theatre in Griffith Park (also a concert venue), Mann’s (formerly Grauman’s) Chinese Theatre (with footprints and handprints of many stars in its concrete forecourt), and the Hollywood Wax Museum (with numerous wax figures of celebrities). Since 2002, the Oscars have been held at their new home at the Dolby (formerly Kodak) Theater at Hollywood Boulevard and Highland Avenue.

Most of them contributed to the growth of the film industry, making them some of the most interesting stops while visiting LA. They also provide unique experiences, so they’re certainly worth adding to your itinerary.

What should you include in your Hollywood experience? Here are a few activities that you should try.

There are tons of things to see when you go down the stretch of this iconic street. Some of the sights you’ll see include the Hollywood Walk of Fame, TCL Chinese Theatre, Dolby Theatre, and Madame Tussauds among many others.

Starline Tours have been taking people around LA for decades through their uniquely-themed tours. Join one that tickles your fancy and you’re sure to have a great time.

3. Be a part of a live audience

You can catch lots of live shows in Hollywood. From TV shows to live performances, you can easily be a spectator on a fun event.

See, explore, and learn more about this iconic Hollywood site by joining one of their tours.

There are lots of museums within this neighborhood so if you love learning while on a holiday, make sure to add the following places to your itinerary:

Enervee Launches a Marketplace to Help Consumers and Businesses Save Energy