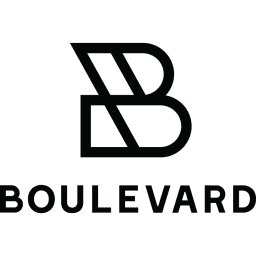 New software firm for salons and barbershops poised to grow in the huge niche market; Boulevard has announced that it has received $11 million from several new investors, including Index Ventures and Bonfire Ventures. Both investor groups get a stake in the startup, along with a seat on the Boulevard board of directors.

The new money will be used to hire more personnel across all its departments. Currently, Boulevard has more than 50-fulltime employees. Since it was founded in 2016, Boulevard has grown quickly, and it is now processing customer payments in excess of $100 million. With the new investment and the increase in workers, Boulevard expects these payments to eventually grow much higher.

It’s been 3 years since Matt Danna and Sean Stavropoulos teamed up to form Boulevard. These 2 former tech execs first met at the Fullscreen startup, and their new venture targets the barbershop and salon industry.

This is a niche that’s actually worth $315 billion, with almost 3 million small businesses along with 4 million independent beauticians. That’s a huge pie of revenues, and users of the Boulevard software can get a larger share as they improve the efficiency of their office management software.

The salon can benefit greatly from Boulevard’s software toolkit, which has been designed specifically with salons and barbershops in mind. This means that these small businesses won’t have to make do with software kits that were meant for yoga and gym memberships. This toolkit can deal with inventory management and payments, along with payroll and commissions. It also deals with booking and scheduling.

It also offers customer relationship management, which is crucial in boosting customer experience. It’s a well-known fact in the salon industry that their customers can be incredibly loyal. Some patrons have been known to patronize a particular barbershop or salon for years, and they can be very effective in attracting new customers.

Plenty of salon managers who have used the Boulevard toolkit have reported terrific benefits to use the software. These benefits include:

All these improvements were evident within 6 months of using the Boulevard software. The salons included TONI&GUY, Spoke & Weal, and Sev Laser, along with MèCHE Salon, Ken Paves Salon, and Chris McMillan the Salon.