LA is No Longer Just about Hollywood: It has become a Culinary Mecca

Los Angeles isn’t just about Hollywood anymore. It has evolved into a culinary hotspot. If you told someone that you were visiting Los Angeles just for its dining choices, they’d either snort derisively or ask what planet you lived on.

These days, it isn’t just Hollywood, Disneyland, or Beverly Hills that draws visitors to Los Angeles; the City of Angels has become a foodie haven comparable to other culinary hotspots such as New York, San Francisco, or New Orleans.

Los Angeles Is A Food Mecca

Los Angeles is a diverse community bringing together people from all over the world with different tastes, customs, and traditions. The city is home to a vast selection of restaurants representing various cuisines such as Ethiopian, Chinese, Italian, Mexican, Indian cuisine; Japanese ramen shops, and sushi bars.

Los Angeles has become an essential destination for those passionate about food either because they like dining at fine-dining establishments or because they are looking for the latest food trends.

The Sunset Strip in West Hollywood has become a hot destination for foodies, with the likes of Mr. Chow and Nobu opening up on this stretch. Even old-timers such as Chateau Marmont are getting fresh makeovers from restaurateurs like Brian Malarkey (Otium).

Another part of LA that is attracting top chefs to open restaurants here in Downtown Los Angeles. The city’s revitalized Arts District now houses one or two new eateries every month – including Spring by Park’s Vinny Dotolo and Jon Shook, which was named best newcomer at last year’s Eater Awards. Other neighborhoods that have recently emerged as dining destinations include Venice Beach around Abbot Kenny Boulevard; Silver Lakes and Culver City on the West Side; and Koreatown, Little Osaka (centered around Olympic Boulevard) and Leimert Park in South Central.

California and Los Angeles are among the most ethnically diverse states in the United States. Because of this history of the state and LA itself, it is so diversified.

The diversity of the population in terms of food preferences and tastes has been a major factor. For example, Koreatown’s many restaurants give Angelenos access to authentic Korean barbecue (and kimchi for those who want it).

LA is a magnet for people from all over America – whether they are actors looking to break into Hollywood or tourists visiting Disneyland. And with so many options available, it’s easy to understand why LA was voted as having the best restaurant scene among US cities by Zagat Survey this year.

Fashion and entertainment celebrities have also played an important role in making mainstream media such as TV shows like Food Network Star that features celebrity chef Bobby Flay compete against chefs at more than just cooking. 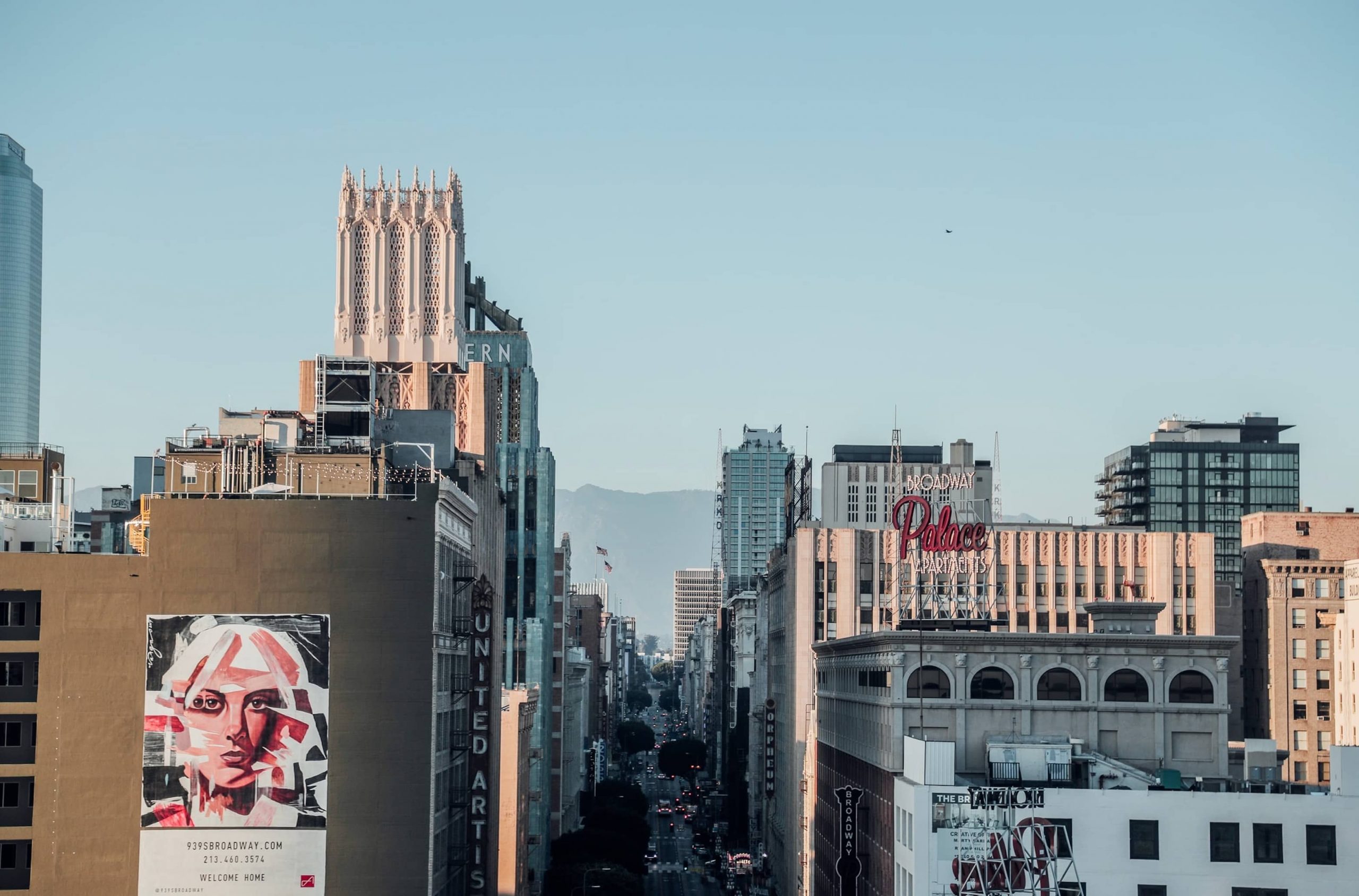 The city of Los Angeles is one of the most popular vacation spots in the United States. The city’s Mediterranean climate is a part of its allure. LA maintains a pleasant temperature throughout the winter months, rarely dipping below 10°C/50°F., and summer temperatures average out at around 30°C/86°F when compared to other parts of the country.

The weather is another element that contributes to making Los Angeles the culinary capital of the world. The lovely all-year-round climate allows foodies to enjoy casual bistros, sidewalk cafés, and restaurants with outside dining options.

Dining outside in the midst of palm trees, cacti, and flowers has some appeal. We tend to stay longer and appreciate our food more as a result. And if the meal is complemented with a glass of wine, that’s even better.

LA’s nightlife has a reputation as one of the finest party spots in the United States. The music business has helped make this a party town. It is now known for allowing you to let your hair down and have fun.

With lavish theatres, cutting-edge themes, and colorful decor, Los Angeles is known for being the best place to dance all night. Vast locations, exciting new themes, and vibrant décor continue to set the bar for worldwide entertainment in LA. The city’s promoters work tirelessly to secure top international DJs and music headliners to perform at party-goers every evening.

Los Angeles’ nightlife scene is a playground for celebrities, and fashionable trendsetters start the newest fashion trends on red carpets and dance floors at L.A.’s most popular clubs. Dance clubs, live music venues, cocktail lounges, and sports bars are just a few of the places to go out after dark in Los Angeles.

Late-opening restaurants in Los Angeles cater to party-goers and party animals by providing the city’s best cuisine. From celebrities to everyone else, people dine at trendy, expensive restaurants that offer mouthwatering food and beverages with attentive service until the early hours of the morning.

The city of Los Angeles is well-known for its sports teams. The city has a major professional sports team in each of the four major leagues, the NBA, NFL, NHL, and MLS.

These sports clubs have established themselves as some of the finest representatives of their industries. The LA Lakers are one of the most well-known organizations because they have supporters from all over the world in almost every nation.

The Los Angeles Lakers have the most championship titles in any team’s history in LA, with 12 since moving to the city.

Because of this, sports bars are sprouting up all over the city. Fans have flocked to these sports bars around Los Angeles as a result of their popularity.

Village Idiot, the best sports bar in Melrose is, without a doubt, the local sports pub. It’s particularly ideal for soccer matches because they keep track of the standings in chalk on the wall and broadcast every game, even if it’s during a different time zone – which means that they might open at 6 am during major competitions. They serve food throughout the day, including our favorites: homemade spicy Italian sausage and steak and potato pie.

It’s no wonder why Los Angeles is the culinary Mecca of the West Coast.

After all, nowadays where else can you find a 24-hour Korean BBQ place in Koreatown? In LA it’s no surprise to see karaoke bars next door and a laundromat across from that – we are on top of our game when it comes to multitasking!

There is also everything at your fingertips: tasty tacos by Mexican immigrants living in East Los Angeles or vegan soul food cooked up by African American grandmas or fresh pasta made by Italians who live in the San Fernando Valley.

The variety of dishes is as diverse and multicultural as Los Angeles itself.

And it’s not just about food – there are pop-ups that serve everything from ice cream sandwiches to pho, while others have become bars serving only craft beer or cocktails with gourmet flavors (Check out Dry River). The scene is constantly changing, but one thing stays consistent: the quality of what you get for your money exceeds expectations at every turn.

This has been called the “golden age” of LA dining because we can find almost anything here now: all over town, you’ll be able to spot a taco stand next door to an artisanal bakery across from an old school diner where you can get a killer burger. It’s not just the quantity of options that makes LA such an exciting place to eat, but also their uniqueness and quality.

Come, have a meal, and stay for a while. You will fall in love with Los Angeles as well.

How to Analyze and Improve YouTube Video Effectiveness Through Key Metrics