For fans of spellbinding murder mysteries and suspenseful thrillers, true crime podcasts are a must-listen. These serialized audio documentaries explore complex cases and often ask the question: who did it? Whether you’re new to the genre or looking for your next great obsession, we’ve got you covered with our list of the 30 best true crime podcasts. From high-profile investigations to lesser-known stories, these series will keep you hooked from beginning to end.

What is a True Crime Series?

If you’re not familiar with the term, true crime is a genre of non-fiction writing and visual media that centers on real-life crimes. This can include documentaries, books, articles, and podcasts, to name a few. True crime stories often explore the psychology of both the perpetrator and victim, as well as the aftermath of the crime. They can be unsettling but ultimately fascinating to watch or listen to.

Whether you’re into unsolved murders, tales of serial killers, or cases that make your skin crawl, there’s a true-crime podcast out there for you. Here are 22 of our favorites:

In this polished production with reverence for the spectrum of crime, host Phoebe Judge unravels fascinating tales with love. Criminals, victims, lawyers, cops, historians, and others whose lives have been affected by criminal behavior share their stories as Judge carefully avoids the sensational and exploitative by gingerly drawing out the essence of each issue.

This engrossing mystery will keep you guessing for five minutes. Brian Reed, the brilliant host, goes to a little Alabama town at the request of eccentric horologist John B. McLemore, who claims that a wealthy family’s son has gotten away with murder. The script is clever and fast-paced, as well as containing excellent editing and music choices.

Serial is unquestionably one of the most famous true-crime podcasts, and it deserves its title as an “audio game-changer.” The award-winning podcast has remained popular since 2014. The program takes its name from radio and television serials and focuses on one case or idea at a time throughout the year. With Serial’s excellent team of investigative journalists, the podcast explores both criminal behavior and the investigation process in depth.

Dr. Death examines medical misconduct in one case in depth. Dr. Death has become one of the greatest true crime podcasts thanks to its popularity. NBC’s Peacock is creating a show called Dr. Death, which will cover the crimes of Christopher Duntsch from season 1 of Dr. Death. 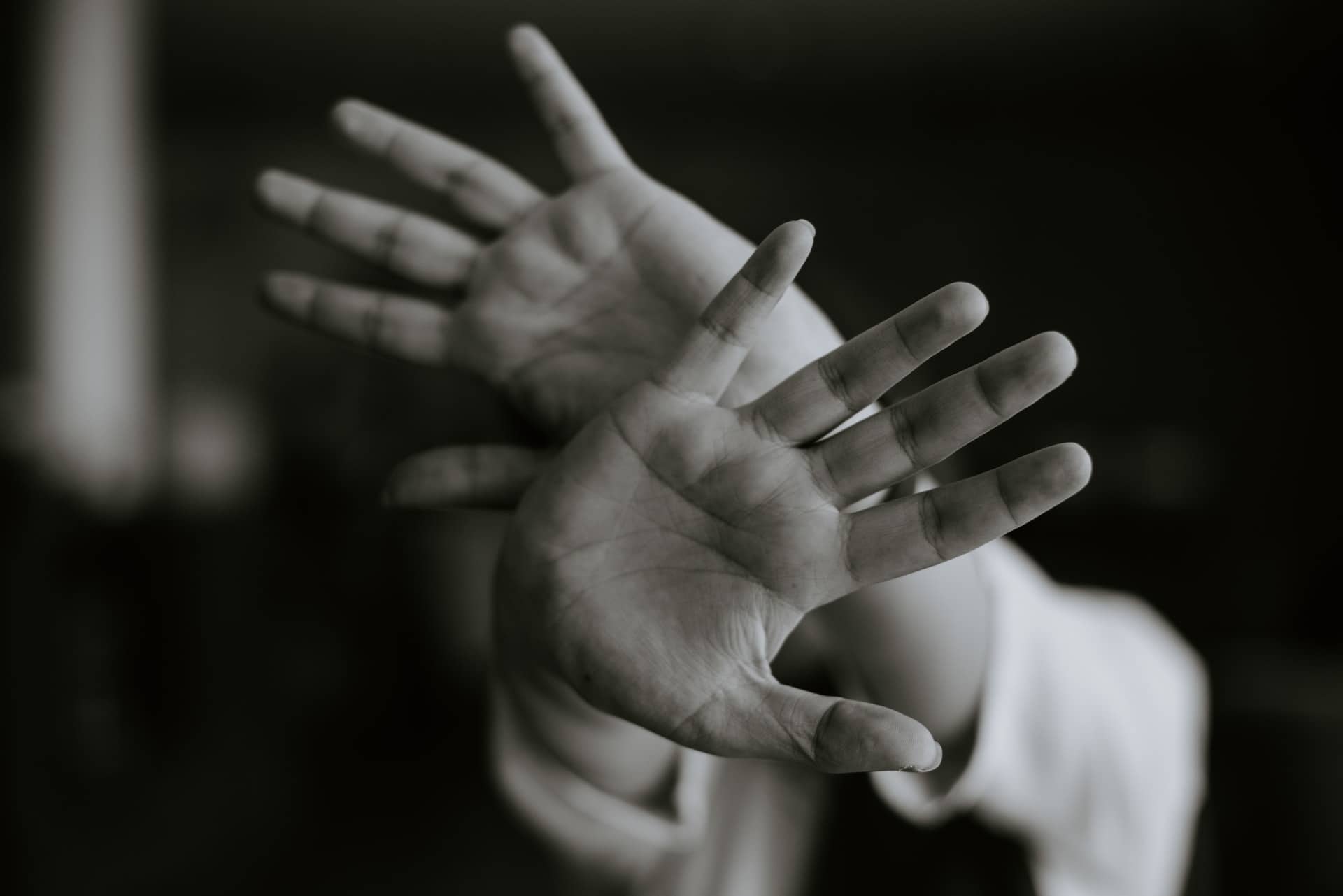 Jensen and Holes: The Murder Squad

In Jensen and Holes, two detectives who have solved over 300 homicides between them take a look at unsolved murders. This podcast is perfect for those who love detailed procedural work.

This podcast became popular after it covered the disappearance of Tara Grinstead, a beauty queen in Georgia. The show takes on cold cases, so if you’re looking for something that will keep you up at night, this is it.

Atlanta Monster covers the Atlanta Child Murders from 1979-1981. This show is great for those who want to learn about one particular case as well as get an overview of the city’s dark history.

This podcast follows the investigation into the death of Lyn Dawson, a teacher who vanished in 1982. The show has everything: a spooky location, an unsolved mystery, and plenty of suspects.

If you’re looking for a podcast that will have you hooked from the beginning, Crime Junkie is it. Hosted by two friends who are also crime journalists, this weekly podcast covers one new case each week.

This HBO documentary follows Robert Durst, who was suspected (though never convicted) of three murders. If you’re looking for edge-of-your-seat suspense, this is the podcast for you.

This Peabody Award-winning podcast investigates the case of Curtis Flowers, who has been tried six times for the same crime. It’s sure to make you question whether our justice system is really as far as we think it is.

The Something Scary Podcast

If you enjoy true crime podcasts, you’re probably fine with anything from terrible events. ghosts, terror-inducing houses, cursed woods, possessed children, and so on are all things that come to mind. So it’s no surprise why we’re obsessed with this podcast that takes inspiration from real-life horrors and transforms them into goosebump-worthy fictional tales.

We’re huge fans of true crime, which is why we can’t stop listening to Criminology. Most episodes are dedicated to cold cases, as the hosts zero in on many different pieces of evidence that might help solve the mystery.

And That’s Why We Drink

What happens when you combine murder, ghost stories, and paranormal fiction? In one podcast? It’s the best of both worlds according to Ms. Hannah Montana, who says, “It’s the best of both worlds!” Every week, Christine Schiefer and Em Schulz gather around their kitchen table in Fairfield County to discuss out-of-this-world incredible events that are so unbelievable there’s no way they’re true… or are they? This program has been downloaded over 80 million times already.

It would be a tragedy if you didn’t recognize RedHanded. It’s an excellent balance of humor, banter, and real crime narrative from Hannah and Suruthi, the British presenters. They tackle everything from serial killers to some extremely frightening hauntings, so you’ll never be bored again.

Obscura: A True Crime Podcast is for crime aficionados who love the gritty nitty-gritty details of real-life cases. While the specifics discussed in the episodes might make you hungry, host Justin S. Drown knows how to tell a tale with the utmost compassion. We discuss murders, mysteries, missing persons, and other terrible events in forensic depth. Discretion is strongly advised for listeners.

Rise, conspiracy theorists! It’s time for us to shine. Molly Brandenburg and Carter Roy delve into the world’s most controversial conspiracies, including whether or not Edgar Allen Poe died from alcohol poisoning and whether or not the Bush family had something to do with John F. Kennedy’s assassination.

Every Monday and Wednesday, Molly and Carter explore the complex histories behind some of history’s most notorious incidents and possible cover-ups on Conspiracy? Maybe. Coincidence? Maybe. Complicated? Certainly. Prepare to be blown away.

The Officer’s Wife follows the death of Jessica Boynton, a 28-year-old woman discovered inside a locked wardrobe with a gunshot wound to her head. Underneath her body, police found her husband’s service gun. This murder permanently altered one little town.

There’s a sense of relief that comes with learning the person(s) who committed the crime is behind bars. But what if they aren’t? Imagine being accused of a crime you didn’t commit or imagine that your child’s murderer is still at large despite there being enough evidence to make an arrest. Court Junkie examines the criminal justice system and its role in real-life investigations, from wrongful arrests to an accident becoming a murder investigation in disguise.

Swindled examines white-collar crimes, cons, corporate bad guys, and other unpleasant events that befall decent people. The subjects range from a coal mining freak accident that isn’t what it appears to a woman who faked her husband’s death after 9/11 in order to become famous. When it comes to seeking out justice—and informing you of the facts—the voice behind Swindled is “a concerned citizen” like the rest of us.

After more than 75 years, the grisly and disgusting Black Dahlia mystery remains unsolved, but according to the hosts of this podcast, their great-grandfather Dr. George Hodel is the one who killed Elizabeth Short. They explain their thinking in this eight-part series as well as the rest of their bombshell family history.

This gloomy podcast, hosted by an unknown Australian, goes through murder play-by-plays in excruciatingly detailed depth. I heard it while driving alone at night and had to contact my mother and discuss cats so that I didn’t think I was going to get murdered—that’s how terrifying it is.

Well, there you have it: the best true crime podcasts for your listening pleasure. If you’re anything like me, you’ll find yourself eagerly devouring one after another, so be sure to clear your schedule!

And if you have any recommendations of your own, please share them with us. We love a good mystery. 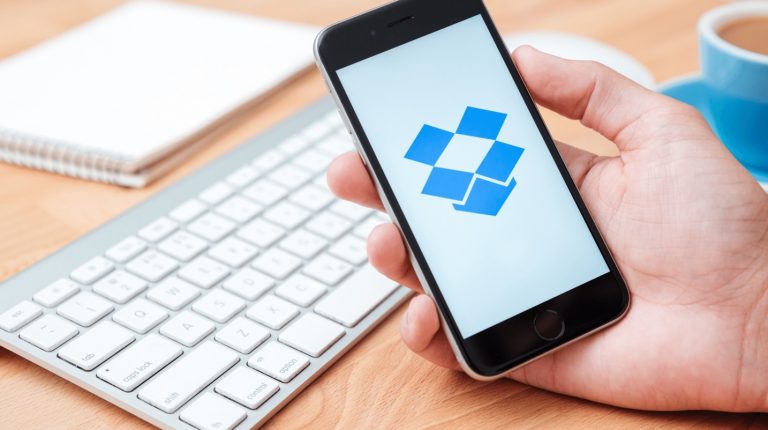 Drew Houston describes his journey as an entrepreneur and his creation of Dropbox in this podcast series. He shares an in-depth view of the idea behind the design, how it… 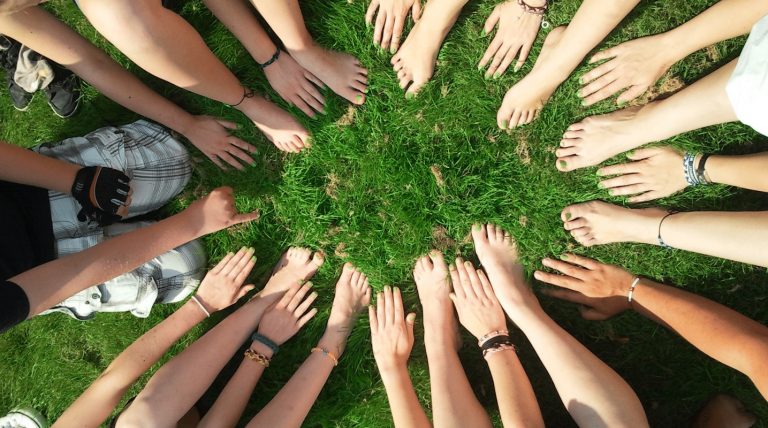 Brit Morin’s approach to growing her audience is a simple and direct method. She posts every single piece of her Pinterest creations and sees which ones click with the audience…. 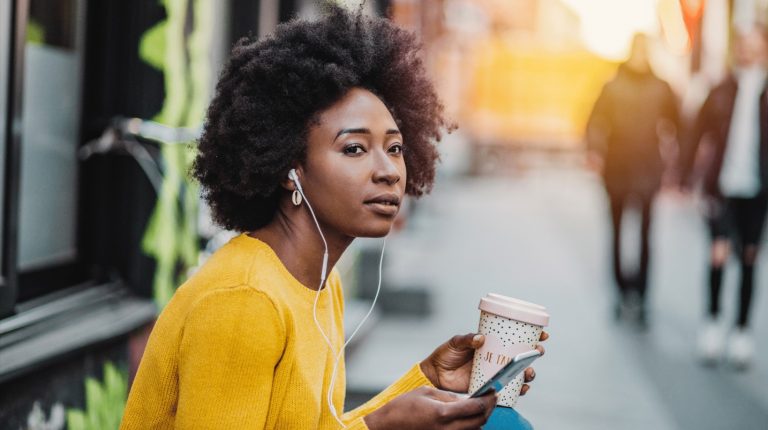 2020 wasn’t a good year for everybody. With the pandemic forcing the government to control the number of social gatherings, psychological health risks are to be expected. The loneliness that… 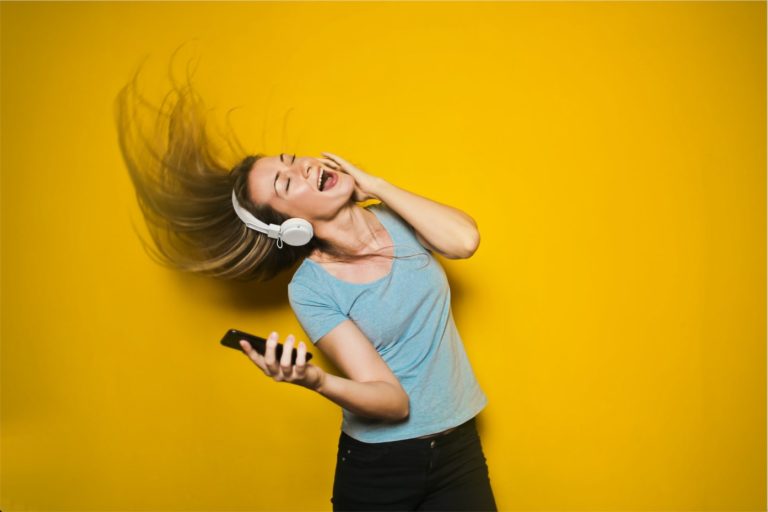 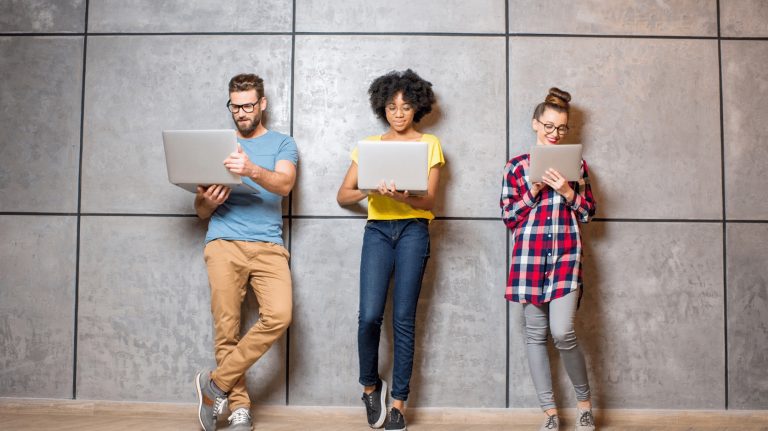 Tim Ferris is an American author best known for his book, The 4-Hour Workweek – the hustle bible for many aspired entrepreneurs. Tim is recognized for many things: his award-winning… 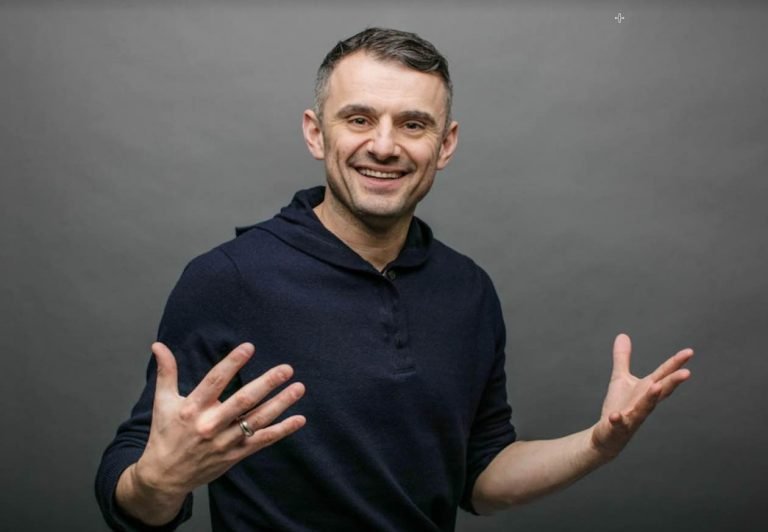 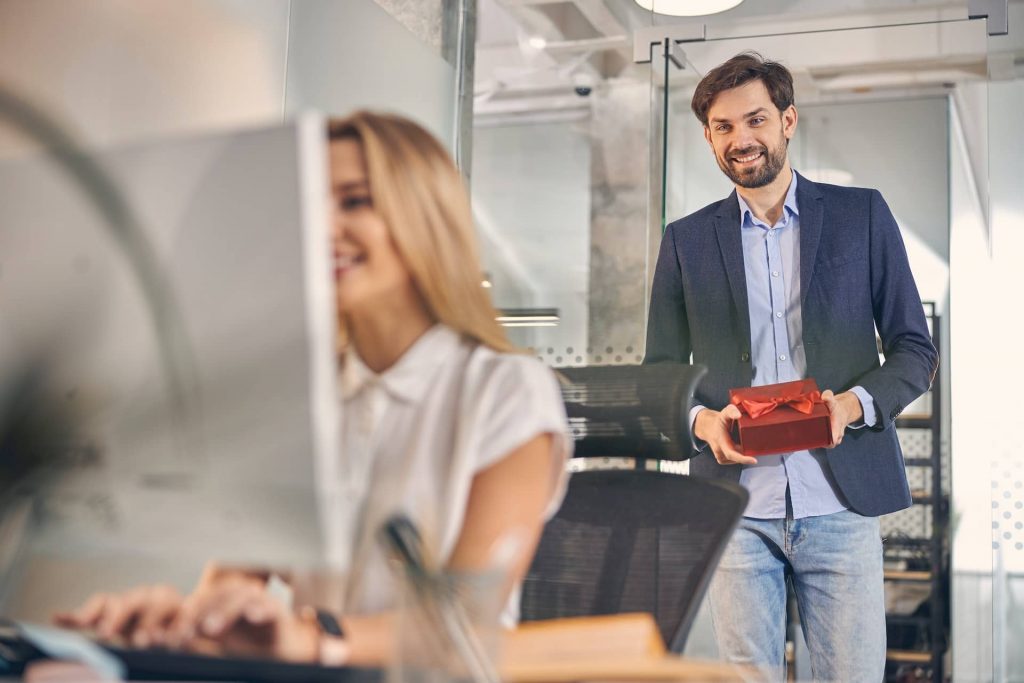 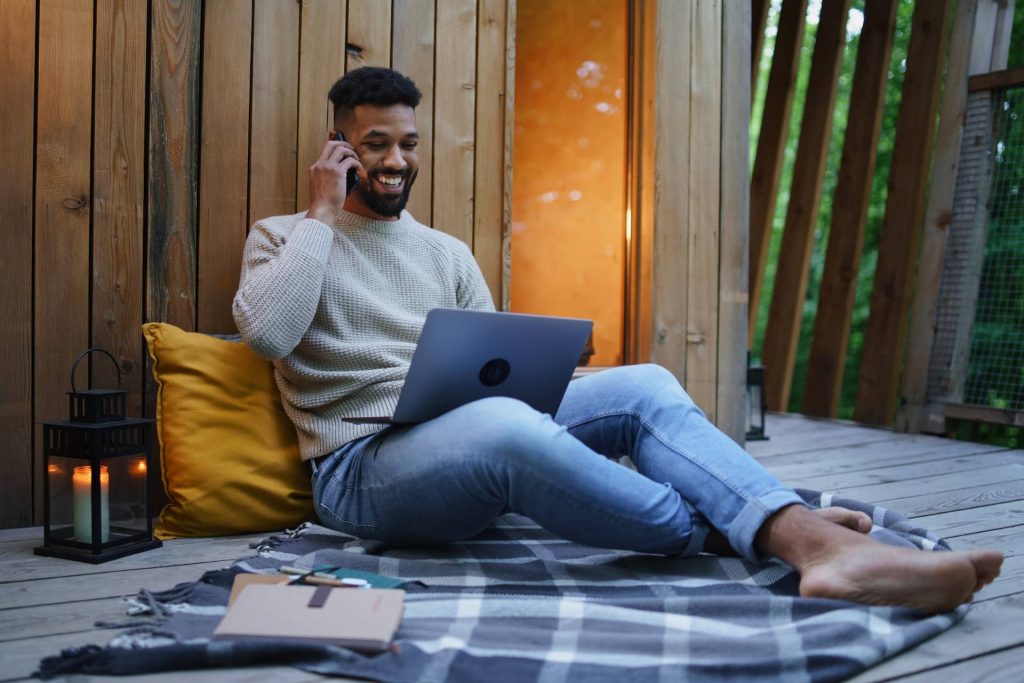