No Result
View All Result
Home From The Trenches

From The Trenches: Inside Scoop on Swoop’s $3.2 Million VC Raise

by Chris Donaldson
in From The Trenches

From The Trenches- Inside Scoop on Swoop's $3.2 Million VC Raise 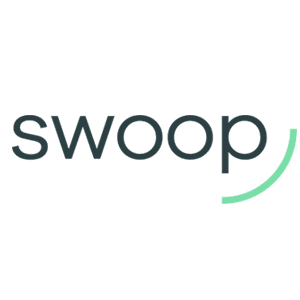 From the Trenches interviewed Ruben Schwartz, cofounder of Swoop, back in June here. Since then, his company has secured a $3.2 million VC Raise led by Signia Ventures. This is pretty awesome stuff for an idea that literally started in a garage with other founders Peter Evenson and Amir Ghorbani.  So we thought we’d check-in and see what the journey was like, and what advice Ruben has for people looking for investment.

Quick refresh: Swoop is an online platform for group transportation.  For vehicle operators, Swoop makes it easy to run their business using their SaaS platform. For customers, think Airbnb, but instead of getting accommodations, you can easily book group vehicle transportation (limo, party bus, charter bus) with a professional driver. Perfect if you need to move your team for a tradeshow, a family for a wedding, or a group of enthusiastic wine drinkers from one vineyard to the next.

LAS: So you went out and raised $3.2 million in the middle of a global pandemic. Not bad. How did that happen?

Ruben Schwartz (RS): It’s a big puzzle. In the beginning, some of the pieces don’t seem to align, but now they all somehow came together. (Laughter)

Going back to Swoop’s beginning, one thing we’ve done really well is adding a lot of good partnerships. Like with the Netflixes of the world, the Googles, the Airbnb’s. Pre-COVID, we were doing lots and lots of trips with them, and what we realized was that the bottleneck wasn’t in the booking experience anymore. The issue was making sure that operationally the ride goes well: The right vehicle at the right time with the right driver.

So we developed software to handle that experience that can be used by the operators.  What we’re doing is integrating into the operator’s businesses and getting them off pen and paper and into our data tools. And in order to really grow that, we needed to raise money. And that’s really where this VC round came about, to help us with that. Signia and the other investors bring incredible tech experience to the table on how to build a product and how to scale businesses.

LAS: What do you think they saw in Swoop that attracted them to the business model?

RS: We already have traction. During the pitches, people would often ask us, wait, can I book a Swoop right now? And we’re like, yeah, you can. It’s been live for two years.  We have a proven business.

You often see startups fail because of founder fights or not understanding the industry. But we had already worked through all that.

Maybe I’ll get this wrong, but there was a study on the most common reasons for startup failure. Number one, was founder fights. And number two was not understanding the industry well enough or having a blind spot for the industry that you’re trying to disrupt. Because we’re old-time friends, and because  Amir’s parents own a group transportation business that we understand, we really sidestepped both those things.  I think that’s what the investors really appreciated us.

LAS: So the key was having a business that was proven. Anything else?

RS: I think VC investment has to be complementary to what you’re already building. It should never be what you need to rely on for success.  You should already be on your path to success. And VC’s just help you accelerate it either through money or often more importantly through resources.

So it’s nice to raise $3.2 million because that helps us hire more really good technical people. But it’s also really, really important to have our VC’s insight into scaling products, how to build out a SaaS, all that. If you look at the people who invested in this round (end of the article) you’ll see tons of expertise in those areas.

LAS: Is there a downside to getting this investment?

Investors want to see certain progress, right?  And you obviously want to hit those milestones. But you just have to make sure you are both always on the same page, so you can reach goals together. That can be challenging sometimes for sure, but we’re excited by the opportunity.

LAS: You’ve got this money now to build and scale. What other plans do you have for this investment?

RS: Really the main goal is to build great software for our operators. And when I say operators, I mean operators across the US initially, but then globally. And when I say operators, these are often mom and pop shops. They own three to five vehicles ready to deploy to pick groups of people up. They just need better tools to do that and it’s been a very overlooked market. I think providing value to them is what we’re going to do more than anything. This money gives us the runway to do that.

LAS:  What advice would you give to the first time bootstrapper the entrepreneur who is out there on the streets, trying to get something off the ground like yours?

RS: The answer I’m about to give is not true for all businesses, okay? There are some business models where it makes sense to raise money from the get-go, but most likely I would start by solving a problem first. It’s not expensive anymore. Stripe has a platform called Atlas and you can start a company for like a thousand dollars. And then you have a Delaware C Corp, and you’re ready to go.

Start by really solving a problem. Once you have some type of traction, whether it’s revenue or users, use angels or use VC money to accelerate what you’re already doing. That way you’re diluting less when you’re raising at a later point in time. My advice to students is to build for another three to four months and get a higher valuation.

LAS: Just how excited are you right now to have this investment?

RS: (Laughter) You don’t know me that well yet, but I’m German so I don’t really get excited. So if you ever hear me speaking like this with a smile on my face, I’m excited. It’s a nice stamp of approval for a lot of hard work, especially from the entire team, starting it from nothing.

And as I make decisions for the company, I always think Swoop first and then team second, and me third. And I think it’s the best thing we could’ve done for the company.  With that, I’m incredibly excited. Just look at the list of investors and our team right now and you’ll see we have a really, really good lineup to change the way people move. What more could you ask for?

5 Tips for Finding Work During the COVID-19 Pandemic

Chris Donaldson is partner at Moment, a content creation company for start-ups, Fortune 500 companies, and beyond. He is an expert at one thing: telling stories. Your stories.

From The Trenches: Interview with Alison Diamond, CEO of Jybe

Talk about a Big Hairy Audacious Goal (BHAG for those of you who love biz acronyms): Alison Diamond, CEO of Jybe, wants to help solve the single-use plastic crisis by...

From The Trenches: Interview with Suze Yalof Schwartz, CEO at Unplug

Just breathe. In these challenging times, sometimes you just have to hit ‘pause’, take a moment to reflect, and inhale deeply. Something as simple as this could be the difference...

From The Trenches: Interview with Lena Strothe, CEO at Wrangle

We’ve all worked a gig we didn’t like or burned the midnight oil for something we didn’t truly believe in.  We’ve cashed paychecks without passion, keeping our eyes open for...

From The Trenches: Interview with Alex Canter, CEO at OrderMark

The unprecedented of a global pandemic has left people scared. It seems like the whole world has been brought to its knees, from the rapid and destructive spread of the...

From The Trenches: Interview with Jeff Ponchick, VP at SoundCloud

When Billie Eilish uploaded her song ‘Ocean Eyes’ to SoundCloud at the ripe old age of 13, she had no idea it would ignite her career. Now, she sits atop...

From The Trenches: How this Startup Dad is Teaching his Kids About Entrepreneurship this Summer

Summer 2020 is going to be different for most of us and, most importantly, our kids. Most IRL (in real life) activities are canceled or have gone virtual. Your kids...

From The Trenches: Interview with Erik Huberman, CEO at Hawke Media

Erik Huberman is sick of your bullshit. If you’re one of those guys taking selfies in front of a Bentley, or posing on the beach somewhere, he doesn’t want to...

From The Trenches: Interview with Dave Herman, Former Director of Data at Bird.co, Carey Ransom from OC4 Venture Studio

Don’t be a sucker for dumb money. Dumb money will eat your startup alive.  What is dumb money? Dumb money tends to be solely transactional. You provide equity, and the...

From The Trenches: Interview With Ruben Schultz, Co-Founder of Swoop

All companies face challenges. But when your company is built upon the premise of putting large groups of people together in small spaces, the challenges become even greater in the...

From The Trenches: Interview with Greg Kim, CMO at Slickdeals

Slickdeals has the audacious mission of ‘Helping Shoppers Win Everywhere’. The company describes itself as the largest and most trusted deal-sharing community on the planet, and with over 25 million...

5 Tips for Finding Work During the COVID-19 Pandemic

Enervee Launches a Marketplace to Help Consumers and Businesses Save Energy