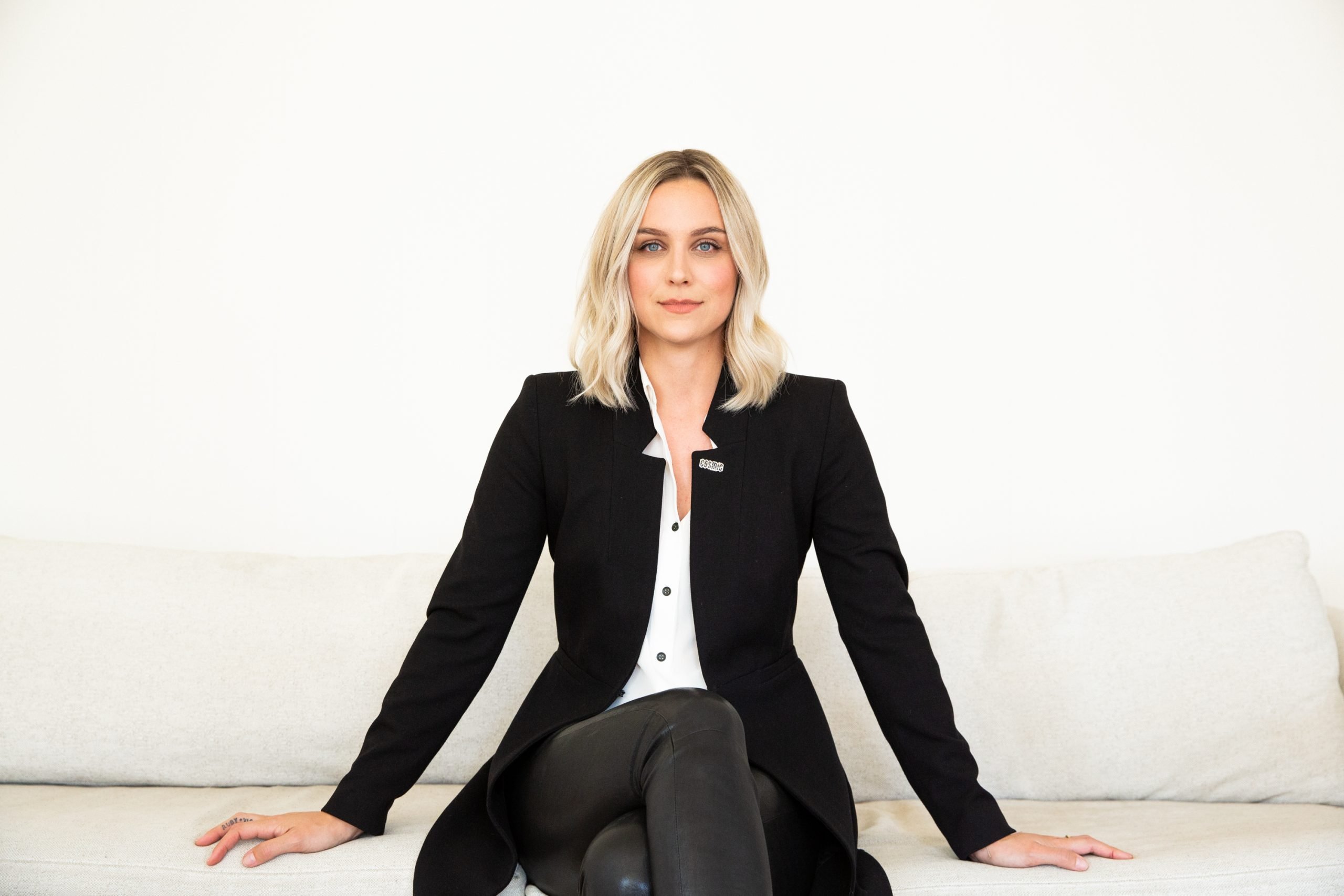 Even if you’ve been asleep, you most likely know that audio is exploding in the tech and social space. From Alexa and Siri to podcasts and Clubhouse, audio is proven because it often provides the least amount of friction to learn, buy, or connect.

But sometimes, even this innovation falls short. Enter Quilt, the audio social network for real-time, supportive conversations. The tagline is ‘just like hopping on the phone with a friend when you need it most.’ Which is exactly what most of us want right about now.

We did a virtual sit-down with Ashley Sumner, CEO & Founder of Quilt, to talk about the pandemic, her journey to find the right approach, and where to find inspiration in small places. One of the key take-aways: if you know your destination, the path will appear. 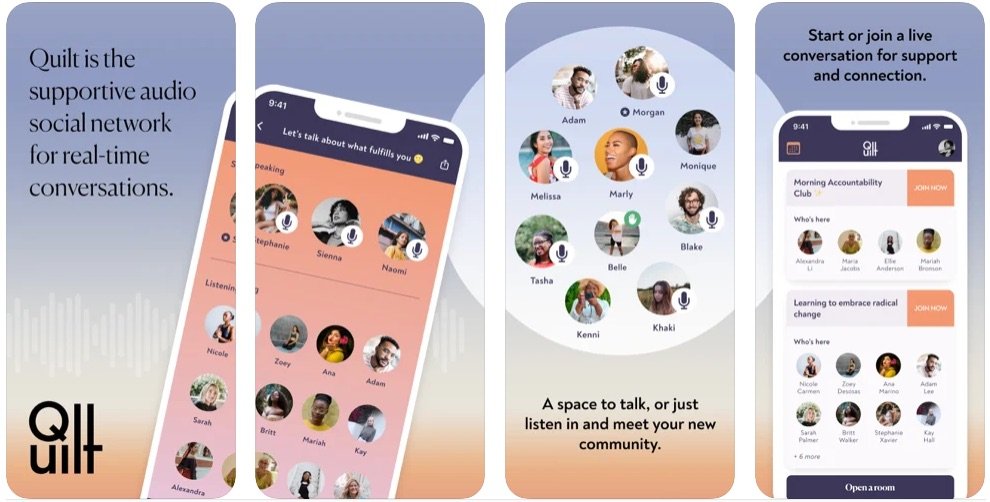 LA Startups (LAS): We all know the audio space is exploding. Tell us how you positioned yourself to take advantage of this opportunity.

Ashley Sumner: I’ve spent over a decade now building communities professionally offline. So that’s my experience, bringing people together. I also care quite a bit about the mental health space. And I think ‘connection’ is one of those things that is sometimes overlooked when it comes to how to feel better every day. We talk about meditation, which is done alone, and journaling, which is done alone, and walking, and all these things that are done in isolation. And I think it’s all great. It’s good to have all that in your spiritual toolkit.

But having a conversation with somebody and being really seen and connected to them, for me that’s a superior way to achieve mental health. So that’s why I got into community building.

My background was holding events at a large scale, in social clubs, co-working spaces, conferences, social impact conferences, retreats around the world. things like that.  I really understood the impact on the business model these could have for businesses, but also the privilege around it. Some of these things are inaccessible to most people when you do them offline. So the original genesis of Quilt was about exploring different ideas: would people use the spaces that we already have, which are our homes, and create community experiences out of them?

So we can decentralize these really beautiful experiences that were happening in LA, in New York, but now across the country out of people’s homes, and then across the world. We built a marketplace platform for that in the physical world.

Then March 2020 hit. And we all know what happened then.

LAS: How did you reset because of COVID-19?

Ashley Sumner: We had done over 4,000 gatherings out of homes. We were feeling pretty good.  Then COVID happened, and that was a really humbling moment for our business, but presented an amazing new opportunity for us.

Two months prior, we had just started exploring what online conversations could be and testing on Zoom. So we had already seen a little bit of growth there, but come March we grew 500% just by having these online experiences. And all of a sudden I realized that Quilting could happen daily, like yoga or meditation. We did go fully digital, which is just something that I hadn’t been exposed to.

The truth is, I’m the worst millennial ever. I can barely figure out Instagram. I don’t understand how to tweet. So it was all new and I spent 2020 immersed in the social media space and realized the answer is not here. It feels a lot more ‘media’ to me than ‘social’, and very performative. I knew that true connection was missing.

But with Zoom, I witnessed a lot of our community engage but not want to have their video on.  Or not even show up because they didn’t get ready for the camera. All of a sudden I realized there’s friction there too. Right?

So last summer I said to myself, what is the most frictionless way you can Quilt with instant access to support and connection? For me, the answer was just audio. Just voice. When I grew up, my mom was in advertising and the radio show business and music was part of my major in college. I love the sound. And I think it can be so impactful and soothing. So I knew this was the change that needed to happen. And it was like we just sat down and built it. I had one developer and we just did it.

LAS: Discuss what Quilting means to you. Tell us the spirit behind that.

It’s this like a companion that is with you at all times.

LAS: When did you think to yourself  ‘Okay, we’re onto something. I see it. I’m going for it.”

Ashley Sumner: First, I just handpicked people to come on to the super, super beta of Quilt. I was like, ‘I don’t even know if they’ll be able to log in.’

My question to our early community was: what’s the one thing you’ve never said out loud? And we ended up having such deep, meaningful, profound conversations around that, talking for hours and it felt like Quilt 1.0. It felt like we were in their home, in their living room, it was cozy. And I was like, ‘Oh, this audio approach is going to work. This is cool.’

Then Rishi Garg from Mayfield became our lead investor. His background working at MTV and Twitter, and consumer-focused investments make him the perfect investor for us.  We had an initial conversation in the first few days after launching beta and then didn’t talk for a while.

A month later there were more people on the platform. And he observed how much we grew. And he also sent his wife on, under a pseudonym. And he and his wife saw that there was an entire culture here,  and new norms that don’t even happen in the real world. He’s like, this is a big deal. And this is happening really fast.

It mattered a lot to me that he witnessed that. Of course, we talked about growth metrics and retention metrics and engagement, and everything like that. But for him, he felt the culture. That was the difference. So we ended up raising a $3.5M dollar round.

LAS: Tell us about an early obstacle that you faced that you weren’t sure you could overcome?

Ashley Sumner: First off, I think it’s important to note that I have a personality type that thinks I can get through anything. And I think you need that as a trait, as an entrepreneur. Because it’s so lonely out there. There’s nothing that will accelerate personal development more than running a business. So you have to have some type of connection to ‘self’ in that.

But I’ve been tested many times. I mean, the past 12 months have been the greatest test of my life and  I’ve grown so much from it. The hardest part in starting a company is finding the people you want on your team. That you trust. I’m a non-technical founder of a tech company, and so I needed those people around me. I have a degree in musical theater and I can read music theory in my sleep, but I can’t code.

So finding people that want to stick it out and really work with you and build and push themselves to grow. I have had moments where I’m like, am I going to find these people? That’s probably been the hardest part.

LAS: So where did you find that inspiration to push through?

Ashley Sumner: I was raised by a single mom who did everything, she showed up for everything. She never quit. So she taught me you can do anything, which is such a privilege to think that way.  I don’t even know if she knows she taught me that. But she did.

LAS: For people looking for VC money, what is your advice?

Ashley Sumner: I think my number one recommendation would be to find angel investors to support your earliest days and to be strategic advisors that really believe in you and that are down to support your growth. There’s a lot of friction in this question that you’re asking though, because early-stage founders, and particularly women, need to be validated first before getting funding. And that can feel really scary.

You know, I had four or five odd jobs that I was doing while I was validating Quilt.  I was ghostwriting. I was babysitting. I had already experienced success in my career, but I didn’t know how I was going to pay my next bills. But I knew that I was going to do this, no matter what. You need to survive. You have to have flexibility depending on how the cards fall.

LAS: So being able to pivot was critical?

Ashley Sumner: Yeah. Ego is the death of you, and resilience will save you. Quilt would not exist right now if we had hunkered down and waited for the pandemic to end.

I knew this thing was going to be here for three years. I knew this was the new norm. I knew we were never going back. That this was a new truth. I think if you’re really connected to your purpose and your vision, your mission is just showing up and figuring out how to change and adapt to what’s happening around you.

VIDEO: THE BIG WHY

LAS: So what change is on the horizon for you?

Ashley Sumner: Right now I’m focused on being more than in the United States and on iOS because inclusivity and identity are really important to me for the platform. I don’t want to wait until series B with 5 million people on it to start exploring Android. And I want to do that now because inclusivity matters.  I also have a bottom-up kind of answer that helps me get to my big, lofty, hairy, audacious goal, which is that everybody who leaves Quilt feels better than when they came on. That they feel embraced, welcomed, validated, seen, appreciated, supported, and connected. I think there’s such an opportunity here on a massive scale. That’s the greatest goal we have.

LAS:  Is there anyone book that you recommend to people following in your footsteps?

Ashley Sumner: A lot of the books that have helped me along my journey have been spiritual books and a lot of personal development books. I’m a deep fan of Byron Katie and her work. Then I always go back to The Prophet and Kahlil Gabran. I opened that book monthly to reconnect. He can do no wrong.

LAS:  Any last words for entrepreneurs that need a shot of inspiration?

Ashley Sumner: I really like the saying: if I had more time, I would have written less. Yeah. That’s a favorite because sometimes perfectionism can get in the way of just getting it done, and be the death of the entrepreneurial experience. I also love the book E-Myth as well, because it breaks down what it takes to get things done. I mean, if you go back and look at our first website and what it looked like, the copy, the design, it was horrifying. So just get it out, just get it going.

Chris Donaldson is partner at Moment, a content creation company for start-ups, Fortune 500 companies, and beyond. He is an expert at one thing: telling stories. Your stories. 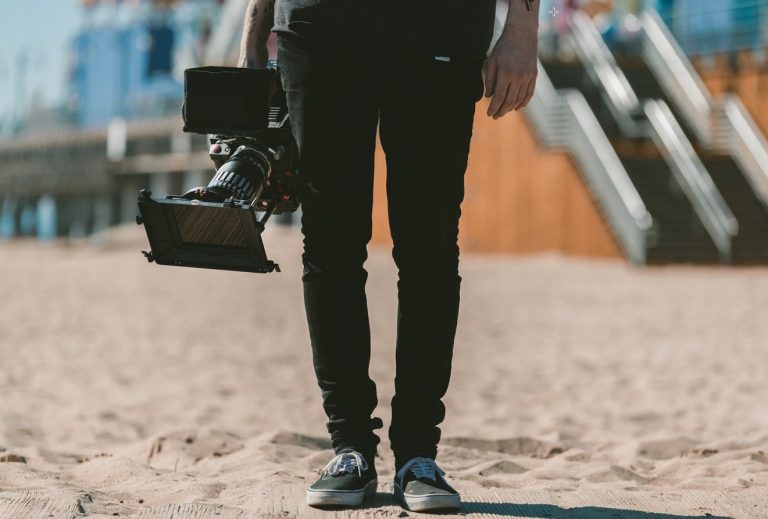 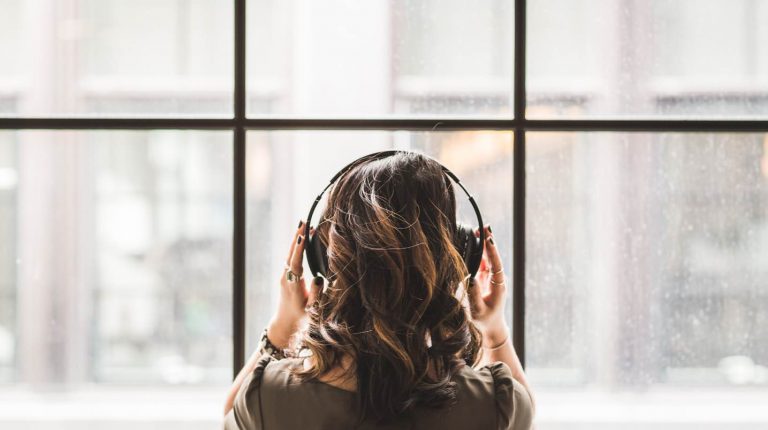 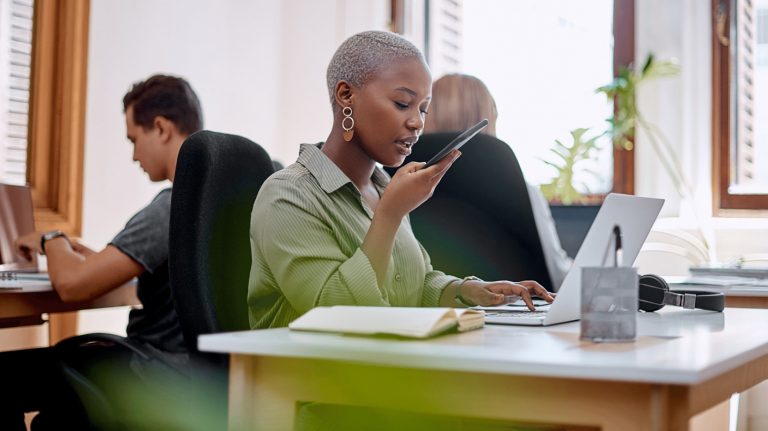