Ultimate Guide to Giving a Pet as a Present

We might have already heard the saying “never give pets as presents” before, which led us to start thinking what if it’s no longer the case, and because animal adoption experts agree, maybe it’s now a great idea to send pets as presents.

People are often worried that when they send pets as presents, there is a chance that the recipient would not at all be interested in owning a pet. Experts agree on giving pets as presents are okay as long as you ensure that you know the recipient well enough and that they actually would want to own a pet to not let your present be in vain.

According to a 2013 study that’s been done and posted in the journal Animals, they asked more than 200 people that received pets as presents, the proponents of the study did not find any meaningful relationship based on whether the person received a dog or a cat. The study concluded that not only the majority of the pets that have been given as presents are still owned by the recipients, and the participants also said that after they received the pet as a present, it increased their love for that particular animal.

The American Society for the Prevention of Cruelty to Animals (ASPCA), instead of prohibiting this practice now actually recommends people to give pets as presents but they have to ensure that the people they give them to are interested and have the ability to take care of them. They also noted that the animals that would be given should only come from trusted sources.

Industry experts reiterated that one of the major objectives of animal rescue organizations is to find homes for pets, and if ban giving pets as presents we are shutting down this great opportunity for pets to finally be able to find a home. But some organizations don’t agree. The People for the Ethical Treatment of Animals or PETA for example, quite strongly stated that they don’t believe that animals make good presents.

When Should You Give Pets as Presents?

Before you start even thinking about giving pets as presents, experts say that it’s important that you know well enough who you’re giving it to, also make sure that the present you’ll give the recipient is something that they would actually want. You wouldn’t, for instance, give a cat to a family that is obsessed with dogs, and also consider that if you’re thinking of giving it to a child, make sure that their carers approve of the idea. Animal adoption experts say that giving someone a pet as a present is not like giving them a computer which they will replace in a span of three years, taking care of a pet is a 10 to 15-year commitment, so you really have to make sure that they are prepared to take care of it. 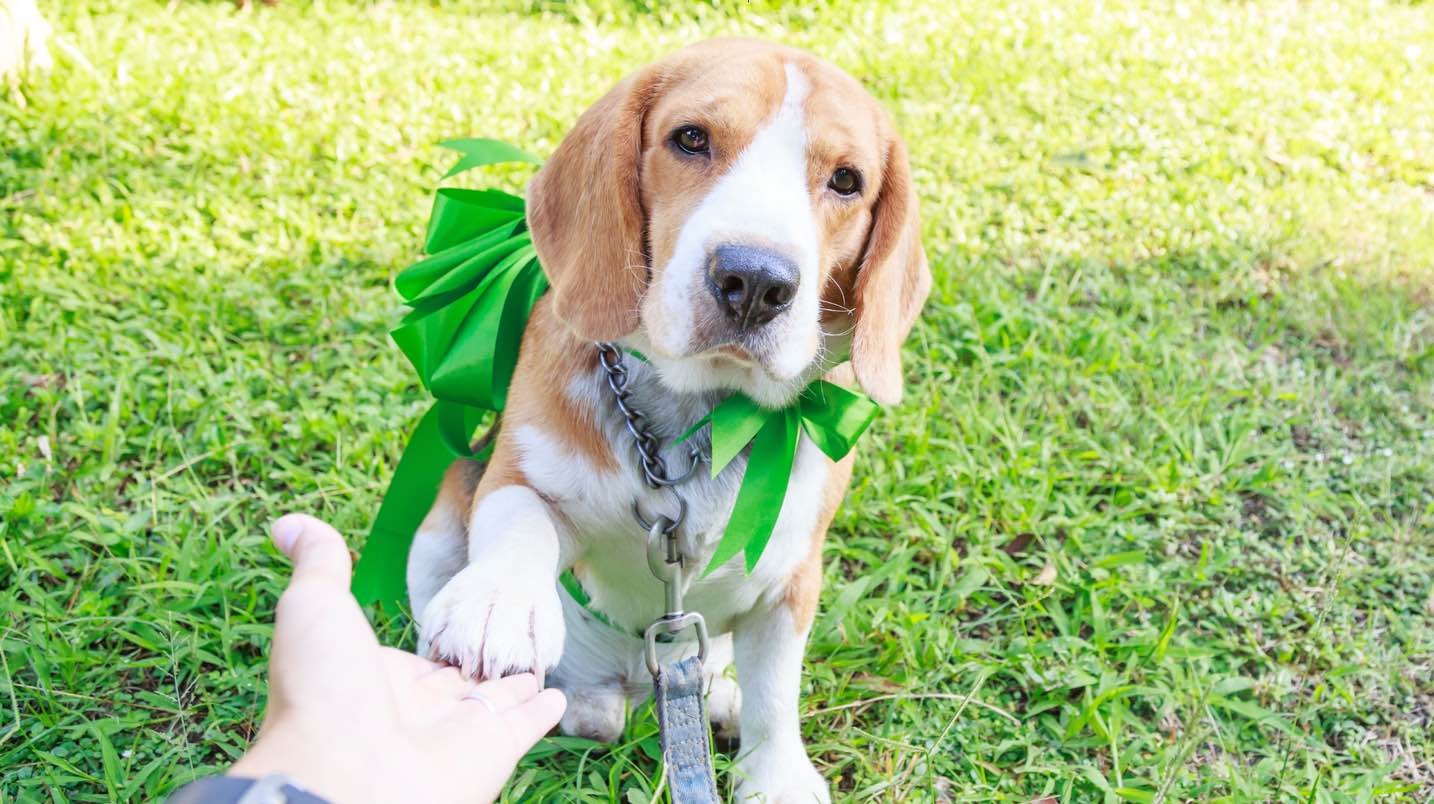 There are 7 things you should consider before picking up your pet present:

Make sure that the environment of the animal is conducive, and that there aren’t any animal restrictions in the place where the recipient lives.

The recipient must be able to afford the pets’ needs like food, shelter, vet care, etc.

The recipient must already express interest in owning a pet.

Dogs need exercise so the recipient must be able to give time to interact and play with the pet.

Does the recipient have any allergies or other health conditions that could get aggravated by owning a pet?

Consider the lifestyle of the person you’re giving the pet to, do they have a relaxed or active lifestyle, because the pet should match them.

Make sure that the pet you will give them would get along just fine with the animals that are already part of their household if there are any.

Wondering what’s the easiest way to get all this information? Ask the recipient directly, it would ruin the surprise but it would ensure that the pet would be taken care of properly.

How Should You Give a Pet as a Present?

If you now have the plan on how to give the pet to the recipient, just ensure that you include a collar, leash, beddings, food, toys, and other things that they might need to jumpstart taking care of their new pet. Also, figure out how the animal could be able to adapt to the new environment as quickly as possible, you can help set up the place where they rest for example.

Your pet is a part of your family, and they must go everywhere you go, what that is possible most of the time, because places and establishments become more pet friendly, there are just instances when you go somewhere, and...

For most of us, our pet is not just an animal we have bought for fun, like a toy, and not only for security, it is in many ways, part of our family. So just like any member of our...

5 Top Reasons Why Your Pet Health Care Bill is Rising

The obvious benefits of owning a pet can’t be understated. The Human-Animal Bond Research Institute (HABRI) maintains that bonds created between humans and their pets yield varied health benefits. However, a significant number of pet owners fear they cannot afford medical...

Most Common Mistakes Pet Parents Do While Bathing Their Pets

When we go wash it is mostly always a relaxing activity, but when we wash our pets, the same can't always be said, with inexperienced owners, bathing can be stressful for pets because of a number of reasons, it can...

6 Lifesaving Commands Every Dog Should Know

There are many reasons to train your dog basic obedience, the most important of which is to keep them safe from harm. Imagine a scenario where you've taken your dog out for a walk when the worst happens; your dog's...

Can Cats & Dogs Contract And Spread COVID-19 Too?

Every time there's a medical phenomenon, the world is getting awash with wrong and misleading information, just like the current COVID-19 pandemic, and if cats and dogs are susceptible to it. There are several reports of pets contracting the virus...

Puppies and dogs are no different from babies; they have a natural curiosity about things and explore their environments with their mouths. Though not all dogs are voracious eating machines, most of them will eat almost anything, anytime and anywhere,...

5 Questions to Ask Before You Get a Puppy

Everybody loves puppies. Well, alright, most people do, but the fact of the matter is, the puppies make people smile, they are incredibly naturally photogenic, and they give you a sense that you are loved. So it must not come...

Seasons happen whether we like it or not, it can rain or snow, but we somehow still need to walk our dogs outdoors. The rough conditions outside, like for example when it's wintertime and there's salt on the sidewalks, it...

How to Care for Your Pet During COVID-19 Pandemic

In times of pandemics just like now can be frightening and people are adopting new ways to get about their daily lives. Distancing ourselves physically has become the new norm and everyone is trying their very best in order to...

Booming Industries in the Time of COVID-19

Work-From-Home and Life in The Next Normal